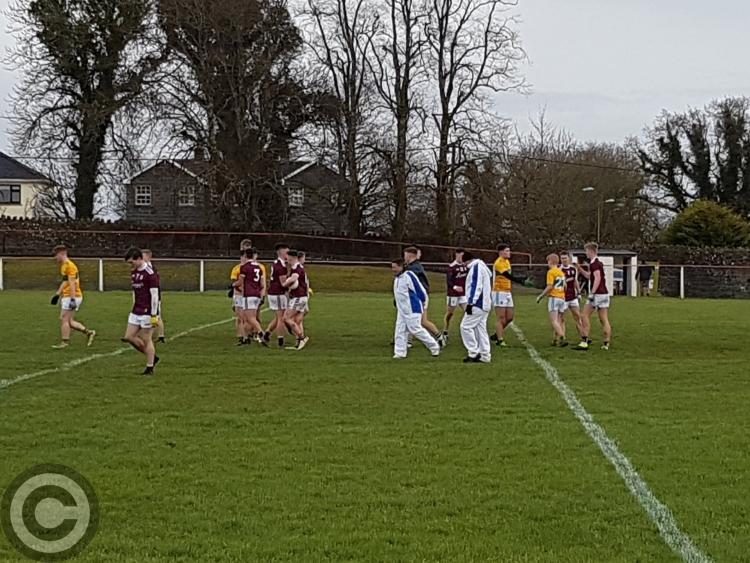 Leitrim's dreams of causing an upset against a fancied Galway side came crashing down in Orchard Park Elphin on Saturday when the Tribesmen proved a class or two above a battling but limited Leitrim side.

With Leitrim opting for a containment policy that often saw 14 players deployed in their own defensive area, beating Galway was always going to be a tough proposition, particularly as the patient Tribesmen played the ball over and back the Leitrim line constantly.

Leitrim's ferocious defensive efforts meant that the Tribesmen only led 0-4 to 0-1 at the halftime break although Leitrim had good cause to thank Killian Gaffey for a couple of vital saves while a wasteful Galway should have been much further ahead.

The physical toll on Leitrim was evident in the second half as Galway upped the pace and with halfbacks Cathal Sweeney and Jack Glynn getting on the scoresheet. An early Galway blitz had the Tribesmen seven points up when Jack Glynn intercepted a wayward Leitrim pass and his bullet of a long pass found Matthew Cooley unmarked in behind the Leitrim defence and his goal finished the game as a contest.

Leitrim had just two scores over the hour, a first half free from Oisin McLoughlin and a fabulous effort from Tom Prior but some very poor misses only compounded a miserable day for the Green & Gold who are still searching for a first win at U20/U21 level since Leitrim shocked Galway back in 2014.

The Leitrim team who were defeated by Galway in Elphin Photo: Leitrim GAA