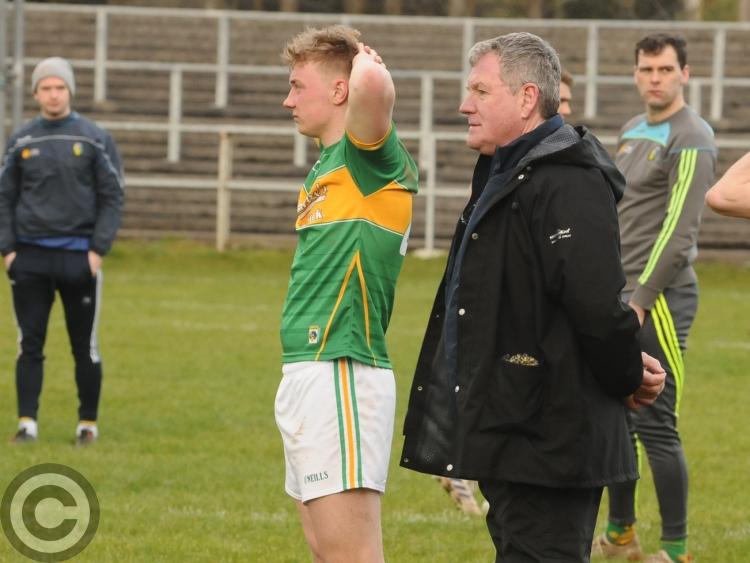 Leitrim's hopes of surviving in Division 3 of the Allianz National Football League took another major hit on Sunday when Offaly outclassed the home side in the second half in Avantcard Pairc Sean Mac Diarmada.

Terry Hyland's men led 0-9 to 0-8 at the halftime break after an entertaining and evenly matched first half that saw both attacks cause the opposition defence real problems.

But a series of wides early in the second half saw Offaly grab the first two points of the second period before the game changed drastically in a three minute spell.

First came a straight red card for Leitrim sweeper Shane Quinn after an incident where the Mohill man was awarded a free but then got involved in what seemed like an innocuous enough incident, Antrim referee Sean Laverty brandishing a red card to reduce Leitrim to 14 players.

The home team didn't seem as if they had regained their shape when Offaly struck for their first goal - a free from Offaly keeper Paddy Dunican came off the upright with Ruairi McNamee reacting quickest to jump in, make the catch and then his short pass found Bernard Allen who hammered home from close range.

A second goal goal with 14 minutes left killed off the contest - Offaly broke clear and a pass across the goal was palmed to the net by an unmarked Cathal Mangan to seal the midlanders win.

Leitrim did have a few goal chances - Keith Beirne had an effort in the first half blocked out for fifty and Ryan O'Rourke had a shot saved by Offaly's excellent keeper Dunican but the Offaly side's ability to answer Leitrim's effort meant they outscored the home team by 2-8 to 0-5 in the second half.