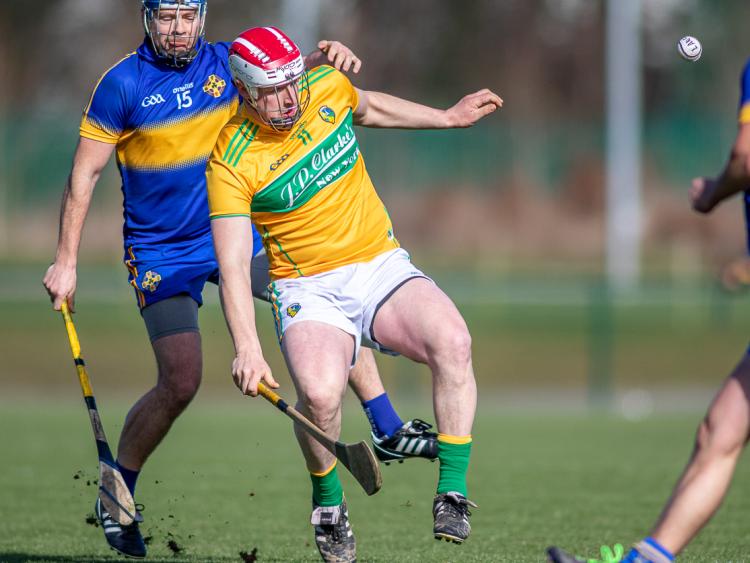 Leitrim's hurlers and footballers turned on the style when needed on Sunday as both teams secured hugely important victories that could yet see the hurlers contest their League final while the footballers grabbed a lifeline that could yet secured their status in Division 3 for 2021.

The footballers 3-14 to 1-12 victory over Louth in  Dowdallshill will grab the attention of Leitrim fans everywhere as it gives them the chance to avoid a quick return to Division 4 with games against Down and Tipperary to come in the final two games.

But the hurlers' 2-13 to 1-11 victory over Lancashire at the GAA's Natioanl Games Development Centre at the Sports Ireland Campus in Abbotstown Dublin has seen them put one foot in the Allianz League Division 3B Final with only an unlikely hammering of Sligo by Fermanagh in next Saturday's rearranged fixture able to deny them.

The hurlers are level on four points with Lancashire with both having completed their four game programme. By virtue of the head to head result, Leitrim are ahead of Lancashire and look odds on to face Sligo in the Division 3B Final. They can, however, be denied that place in the final if Fermanagh produce a miracle result next weekend.

To deny Leitrim their place in the final, Fermanagh would have to defeat the unbeaten Sligo by an incredible 19 points, a result that would still leave Sligo in the final but would deny Leitrim on scoring difference.

A slow starting game in Abbotstown saw Leitrim take control when Colm Moreton goal 18 minutes into the game, James McNabola adding a second in injury time to put the nominally home team six points clear. But Lancashire hit back with a goal of their own as Olcan Conway's side led 2-5 to 1-4 at the break.

Lancashire put on a massive push in the second half and closed the gap to a single point midway through the half but with Gavin O'Hagan and Colm Moreton landing important scores, Leitrim held on for a deserved 2-13 to 1-11 victory.

Up the road in Dundalk, Leitrim knew that a win against bottom side Louth was the only thing that would keep their hopes of avoiding relegation alive and after a tense start that saw the home side lead by a point, Ryan O'Rourke's goal, set up by a Donal Wrynn flick to his Fenagh St Caillin's clubmate, saw the centre-forward charge forward to find the net on 13 minutes.

Leitrim were thankful that Louth were having their own dose of the yips, hitting seven wides to two for Leitrim in the first half, but the home side did stay in touch with Terry Hyland's team as Leitrim led 1-5 to 0-6 at the halftime break.

It was tit for tat in the first 13 minutes of the second half but Leitrim took control of the game with two goals in a five minute spell, Keith Beirne driving home a penalty he himself had won before O'Rourke grabbed his second goal five minutes later.

Louth did pull back a goal from a Ryan Burns penalty with 13 minutes of normal time left but the closest the home side got to the visitors was six points and Leitrim cruised to a vitally important win.

Leitrim have games against Down (March 15, in Newry) and Tipperary (March 22, in Avantcard Pairc Sean Mac Diarmada) and no matter what happens, the result will come down to the last round of the League. Even if Leitrim were to lose to promotion chasing Down in Newry and Tipperary win over Offaly, that would leave Leitrim two points behind Offaly and Tipperary with everything to play for.

It all promises to be an exciting and thrilling couple of weeks for Leitrim's hurlers and footballers.