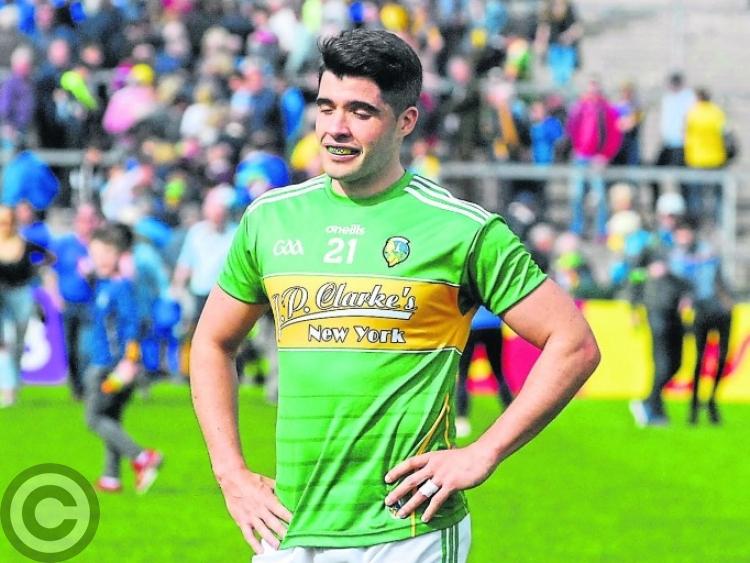 A despondent Emlyn Mulligan pictured after his last appearance for Leitrim in 2019 Picture: Willie Donnellan

A sensational return to the Leitrim Senior Football squad could be on the cards for veteran Emlyn Mulligan after the veteran sharpshooter revealed in an interview with a national newspaper that he had held frank face to face discussions with Green & Gold manager Terry Hyland.

Emlyn, speaking to Irish Sun Sport, has always spoken of his desire to pull on a Leitrim jersey again and revealed that he held a meeting with Hyland to thrash out issues: "I hadn’t talked to Terry since last year so we bit the bullet and met up for a chat. He kind of laid it all out to me and in fairness he was straight up.

"He said I wasn’t called back in because I walked away during the Championship last year due to different reasons. Whether I was right or wrong, I can accept his point. I just wanted to know would the door be closed for me next year and he said the door wouldn’t be closed and it would be open for me in October or November to come in and train if I kept the head down.

“I know I am older but I still feel there is 20 minutes or half an hour of a game in me and I didn’t want to leave my inter-county career on that note. My ambition is to keep myself in shape, give it a rattle with the club whenever that may be and get back in in some capacity next year — and, I suppose, deal with being a sub.

“Last year when I wasn’t getting in there, I found it hard to deal with because I never had come across that in my career. Maybe that has matured me up to a level where it is not about you, it’s about the team. Whether you only play for a minute or ten minutes or don’t play at all, it’s irrelevant as long as you are part of that panel.

"I’ve learned that over the past eight or nine months. But it was good to hear the door wasn’t closed and if I could come back to help out in some capacity, I’d be delighted to do that.”

Mulligan also said that An Garda Siochana are bracing themselves for an escalation in the Covid-19 crisis: “There is a big expectancy that things will get a lot worse and that’s what we are preparing ourselves for — no more than the army and the other front-line services. At the minute we are doing patrols and looking down the line more so for what is coming. We are going into 12-hour shifts now and that could last.”