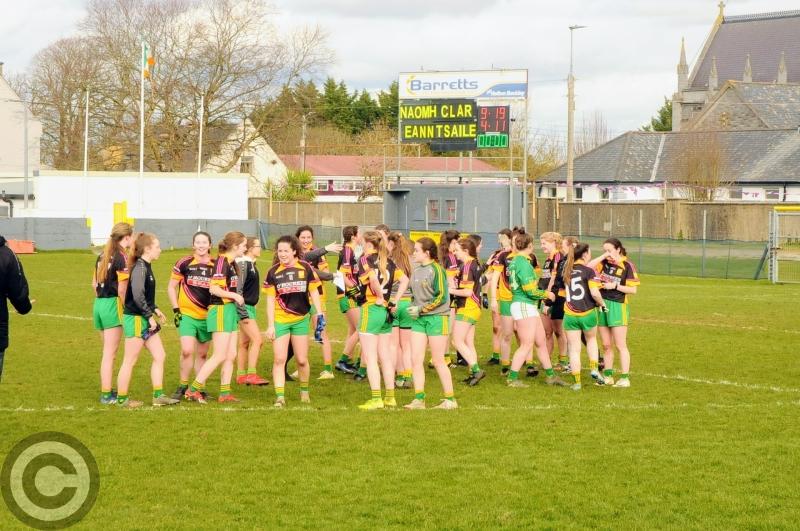 For the second time in three years, a St Clare's CS Manorhamilton team have been denied their chance of playing in an All-Ireland Final after the Covid-19 crisis forced the Ladies Gaelic Football Association to announce the cancellation of this year's competition.

Following on the Government's announcement that the banning of all public and sporting events would continue until April 19, the LGFA issued a statement to announce that the Lidl National Leagues, the Post Primary Schools competitions and U14 competitions would be cancelled for 2020.

That immediately meant that St Clare's meeting with Navan's St Joseph's Mercy in the Lidl All-Ireland Post Primary Schools Senior C Final, originally scheduled for next Sunday, March 29, but tentatively moved back to April, has been cancelled.

In a strange twist of fate, it is the second time that this particular group of St Clare's players have been denied the chance to show their talents on All-Ireland Final day as two years ago, they reached the All-Ireland Junior C Final only for their opponents St Mary's High School of Middleton to pull out of the game less than 48 hours before it was scheduled to throw-in.

The Cork school informed the LGFA that they were not in a position to go ahead with the game and after an appeal was heard, the title was awarded to St Clare's Manorhamilton.

Unfortunately, no title will be awarded this year as both St Clare's and St Joseph's Mercy Navan have been denied their shot at glory. It is particularly hard on St Clare's who had produced an awesome display in their All-Ireland semi-final destruction of Kinsale Community School where they scored an extraordinary 12 goals and ten points!

St Clare's are not the only Ladies team in the county affected by the cancellation of competitions as it means that Leitrim Ladies will be denied their chance to win promotion in the Lidl Ladies NFL Division 4.