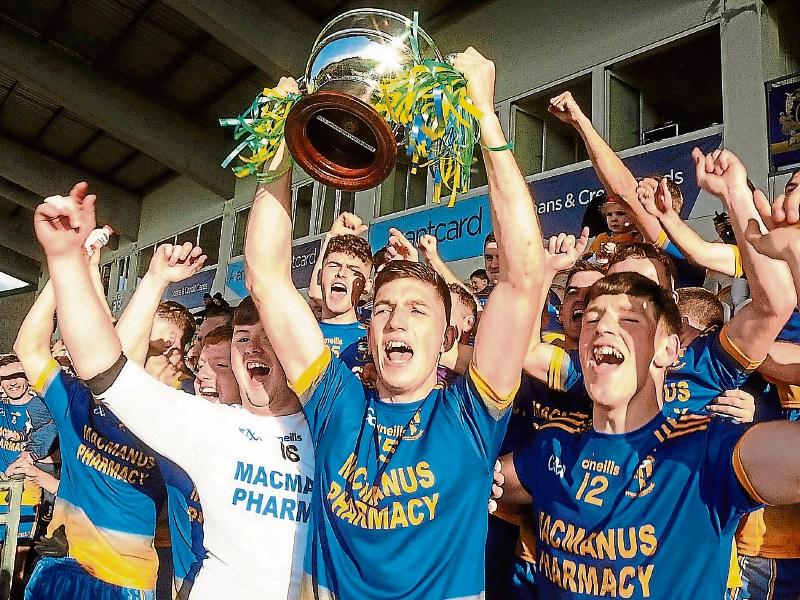 GAA fans enter a strange new world next weekend with the long awaited return of action on the field mitigated by worries and restrictions over the continuing Covid-19 crisis.

Growing optimism in GAA circles as the July 17, date for the resumption of games approached took a hit over the weekend with the news from Cork and Dublin where clubs have had to suspend all activities due to possible and confirmed Covid-19 cases.

Nevertheless, the enthusiasm for GAA fans for games is growing but it will be a strange return all the same and very much a case of strange new world.

Seemingly small little things like no water carriers and the restriction of match day panels to just 24 players may seem easy to overcome but with so much genuine interest among fans to see live action once more, some could be in for a big shock this weekend!

Because, for the first time ever, a Leitrim Club championship game will be all ticket, the meeting of Mohill and Ballinamore Sean O'Heslins attaining that honour, while all other club championship games will have a crowd limit of just 200 people, a limit that includes players, officials, media, stewards, etc. It may mean the unheard of queues for club games.

In fairness, the decision to hold single venue ties means that the number of travelling fans should be reduced but there are a few games, like Mohill against Ballinamore Sean O'Heslin's and Leitrim Gaels's first ever Senior Championship outing, that could easily be expected to host more than 200 people.

Even the normal liberties taken by clubs of having all and sundry on the sideline are under pressure as there are huge restrictions on who can and who cannot patrol the sidelines while dugouts are out of bounds with subs and team officials positioned on opposite sides of the field.

Perhaps the biggest change for teams is that dressing rooms remain off limits until next Monday, July 20, so instead of the intense roaring about what a crowd of this and that the opposition are, done in the privacy of the dressing rooms, we might get the added treat of hearing those gems of motivational wisdom from the middle of the park!

For the media, this is really a championship like no other - form guides are gone out the window and until a ball is kicked, you just won't know what sort of shape a team or a players is in. Added to that, the tight schedule of games might see a big increase in injuries early on as players battle to get up to match fitness.

Fitness might vary wildly from the squad to squad, although if you believe some of the stories going around the country, it is not just county teams who are flouting no training rules and sidestepping the lockdown of GAA facilities!

On a practical level, it is hard to know who will be available to clubs - some who are working abroad or spending the year travelling won't be able to make it back with quarantines and such while some who intended to voyage around the world saw their dreams dashed and are still around to help their clubs out.

Making match predictions has always been rife with danger for any pundit and nobody tells you quicker than an aggrieved fan when you get the prediction wrong. But in this Covid-19 world, throwing bones up in the air and reading where they fall might be just as reliable a method of making predictions as anything else until we get a sense of where teams are after a few games.

Some worry if the long layoff and fears over potentially spreading Covid-19 to loved ones might cause players to examine their involvement in games but I get the feeling that once the ball is thrown-in, the lack of fitness, match practice and even genuine and realistic worries over the virus will all melt away in pursuit of that fabled club glory.

Covering this year's championship is going to be a challenge with so many different venues but I have to say that I'm really forward to this weekend's action. Not because we're looking for winners or losers but simply to get ourselves back to something approaching normality.

And I really can't wait for it!