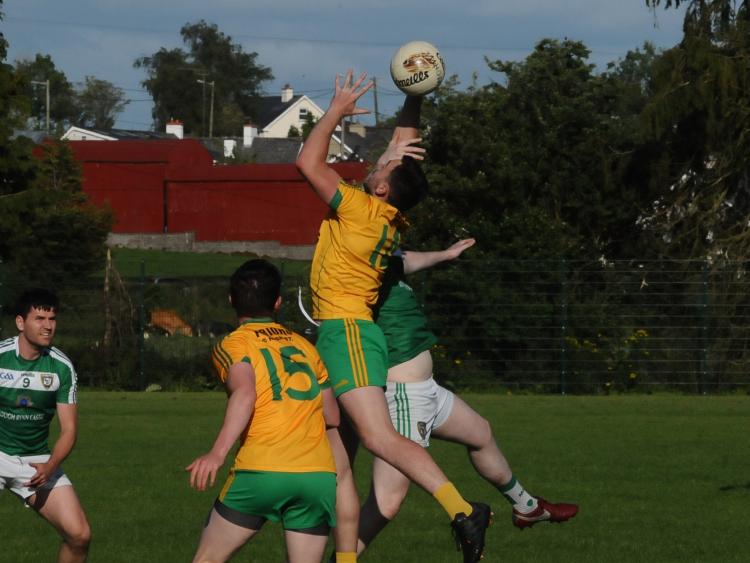 The manner in which Ballinamore Sean O'Heslins reacted to going five points down early in Saturday's blockbuster clash with Mohill in Philly McGuinness Park was the most pleasing aspect of the victory for manager Dominic Corrigan.

The former Fermanagh manager was understandably pleased to pick up a vital win against top class opposition but the way in which they responded to going 0-7 to 0-2 down after 11 minutes (see our weekend round-up) caught Corrigan's attention: " Very pleased. Seven-two down, we had a bad first quarter but we responded well.

"The first day back after six months of nothing, it is hard to know what level you are at. We weren’t at the pitch of the game early on but we worked our way into it, kicked some good scores. Mohill are a very good side so we’re very pleased to have come out of this game here today with a win."

Indeed, you sensed that Dominic was pleased to be out on the pitch once more and was pleased for the fans despite social distancing regulations meaning only 200 people could attend the game (See Willie Donnellan's gallery of photos here): "A good game of football and the two teams contributed to it.

The Ballinamore boss had plenty of praise for his team too: "I felt our big players stepped up to the plate. We got a fantastic point from Dean McGovern which lifted the siege, Luke Murphy had a very good game. We were down a man at one stage, we managed it well, we got numbers back and we did well in that period, kicked on with a few late scores."

Neither did the new rules make much of a difference: "We know about the new rules coming so we have no complaints about it and I thought Ray McBrien handled the game exceptionally well for both teams, there were no issues so overall, we know what the new rules are so we just have to get on with it."

With games coming quick and fast, Dominic also set sights on the big derby next Saturday when Ballinamore host Aughawillan in Pairc Sheain Ui Eslin: "Delighted with the win but we have a tough one next week against Aughawillan, that’s going to be a battle and we look forward to it now."