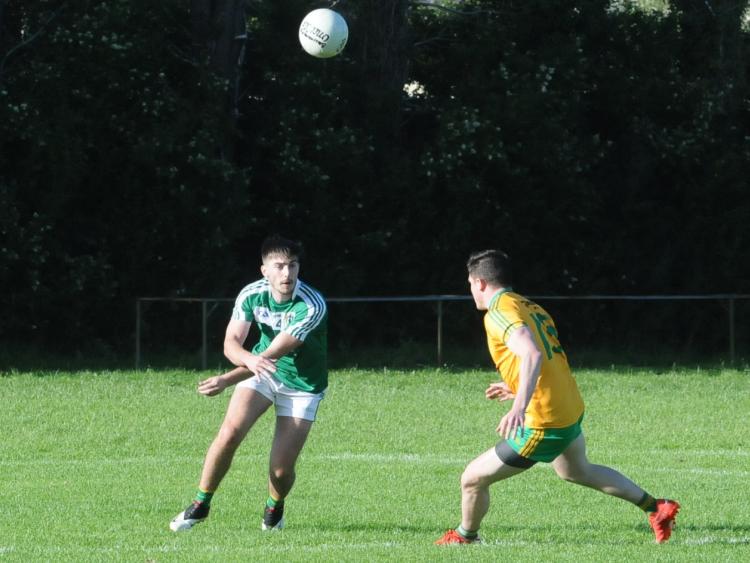 Happy with his team’s performance, a little miffed about the final result is how you would sum up the feeling of manager Liam Keenan after his Mohill side were pipped by Ballinamore Sean O’Heslins last Sunday in the opening game of the Connacht Gold Leitrim SFC.

With just 200 people in attendance at Philly McGuinness Park, Ballinamore prevailed 0-16 to 0-15 after a rip-roaring contest that left the Longford native pleased with the Mohill’s team performance but a little put out that his team didn’t earn a draw.

“It was actually a great game of football but I would have thought we deserved at least a point out of it,” Liam told the Observer, “Just ran out of time there at the end to build for another score. Happy enough, obviously like every team we’re not back that long, the lads are very very keen.

“There are a lot of positives to take from today, it is the first game. Look I’m harping on I know but we would have loved to get something from that today but we will regroup here Tuesday.”

Indeed, the prospects for Mohill look good considering they were missing almost a third of their team and Liam is confident they will be back this week: “We have four or five lads who are just carrying a lot of these soft tissue injuries and they are due back now, they are in good form and should be back training on Tuesday.

“We set out our stall very early this year, we put in a great bank of work in the gym and then that was all for no avail. The lads are very, very hungry and like countrywide, great numbers out training.

“We only played a couple of challenge games and they were mixed, some good and some poor so we were just looking for a big performance from the team and we got that. We’re happy enough with that but I think we deserved something out of it.”

The Mohill manager agreed that Keith Beirne played a starring role in his team’s performance: “Keith, along with a few lads, was playing very, very well and was very keen but we had to sort of move him just to give him a bit of recovery time and we missed his presence, even just for kickouts. His scoring today was exceptional.”

As for the mark, both teams used it last Saturday and Liam felt it worked well: “It is an attacking strategy in that if you have good men in there able to field the ball inside for you, it is a good attacking strategy. I think both teams got caught a few times from frees and set plays but it takes some time to get used to.”