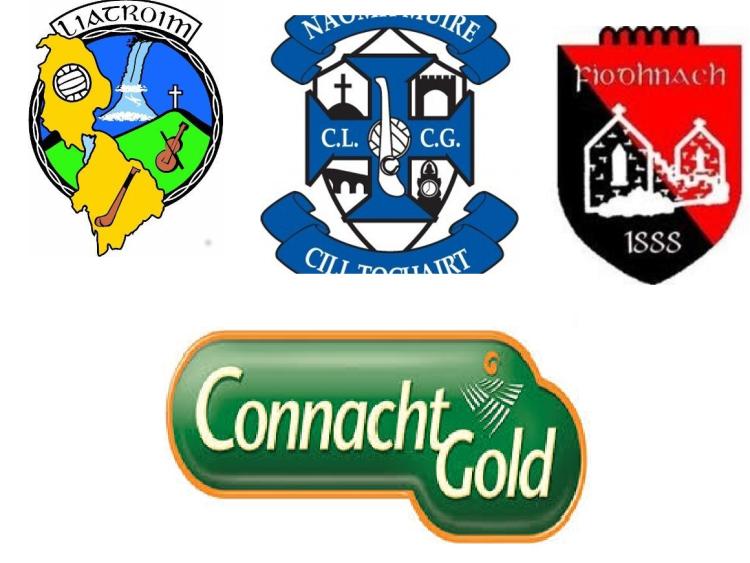 With powerhouses Mohill, Ballinamore and Aughawillan in this so-called group of death, many had billed this game as a relegation decider so victory was crucial for both teams and for Fenagh, there was added significance as they hosted a Senior championship game for the first time.

There was also an added edge with Carrick’s Joe Flynn on the line for Fenagh, Flynn having led St Mary’s to the quarter-finals last year so there was plenty of intrigue for this game.

St Mary’s opened with points from Ray Mulvey and Alan Doherty, the second scored under huge pressure of three defenders, inside the first five minutes but they rocked on their heels when Fenagh St Caillin’s showed how to make good use of the mark. Donal Wrynn claimed a mark from the kickout and set in train a move involving Ryan and Riordan O’Rourke.

Riordan’s shot dropped into the square where Oisin McLoughlin won the contest with Conor Glancy to finish to the open net after just six minutes.

Jack Gilheany, after breaking up a St Mary’s attack, played a one-two with Ryan O’Rourke before scoring St Mary’s regained the lead when Diarmuid Kelleher’s strong run ended with a shot hitting the crossbar, the ball falling to Alan Doherty who blasted to the net.

Fenagh responded well with points from Michael Doonan and Gilheaney before both sides lost a man to a black card, Aaron Smith for Fenagh and Alan Doherty for St Mary’s but a great move, following a defensive mark by Eoin McLoughlin, involving Aaron McLoughlin, Mark Keegan, Conor Dwyer, Jack Gilheaney, Riordan O’Rourke resulted in a well taken score by Oisin McLoughlin on 25 minutes.

From the resulting kickout, Riordan O'Rourke anticipated a short St Mary’s pass, collected the ball and calmly kicked the ball into the net past the retreating St Mary’s keeper. Points from O’Rourke and Eoin McLoughlin with one from St Mary’s Doherty left Fenagh 2-6 to 1-3 in front at the break.

Ryan O’Rourke and Paul Keaney swapped early points but Fenagh almost goaled for a third time when a high ball into the danger zone saw Oisin McLoughlin and Conor Glancy again contest the dropping ball. McLoughlin’s flick saw the ball come off the upright and into the path of Aaron Smith who smashed the ball off the underside of the crossbar.

McLoughlin picks up the loose ball but under pressure from Jonathan Cassidy and Nicholas McWeeney his shot tails wide. Fenagh did however add points from Ryan O’Rourke and Donal Wrynn, from a 45.

An Alan Doherty free halted Fenagh’s run and when St Mary’s turned over the ball in the middle of the park, Oisin Bohan puts Paul Keaney into the clear with a pass. He sucked in two defenders and pops the ball over their heads to the inrushing Alan Doherty who expertly dispatches the ball low past Shane Doonan into the Fenagh net for his second goal of the game.

That left eight points in it but a great Gilheaney catch led to a long ball to Riordan O’Rourke for a point. Alan Doherty hit back with two frees to cut the gap to four but Oisin McLoughlin, under huge pressure, scored a great point.

Cian Singleton then put Diarmuid Kellegher through for a good point but when Conor Dwyer intercepts a pass in defence, a fast break up the field involving eight players ended with full back Aaron McLoughlin off-load to Ryan O’Rourke for Fenagh’s final score of the game.

St Mary’s kept looking for an equalising goal but all they could manage was another Doherty free to leave three points in it at the final whistle.

For St Mary’s, Alan Doherty impressed in how he put away his two goals and calmly slotted several frees over the bar. In defence Cian Singleton, Conor Farrell and Diarmuid Kellegher worked hard to keep the reins on the Fenagh sharpshooters. Paul Keaney and Oisin Bohan also shone brightest in taking the game to the Fenagh men.

While a victory gives Fenagh St Caillin's a head start in the quest for a quarter final spot, both teams will be well aware that the opposition they face in upcoming games will pose a much more difficult assignment.