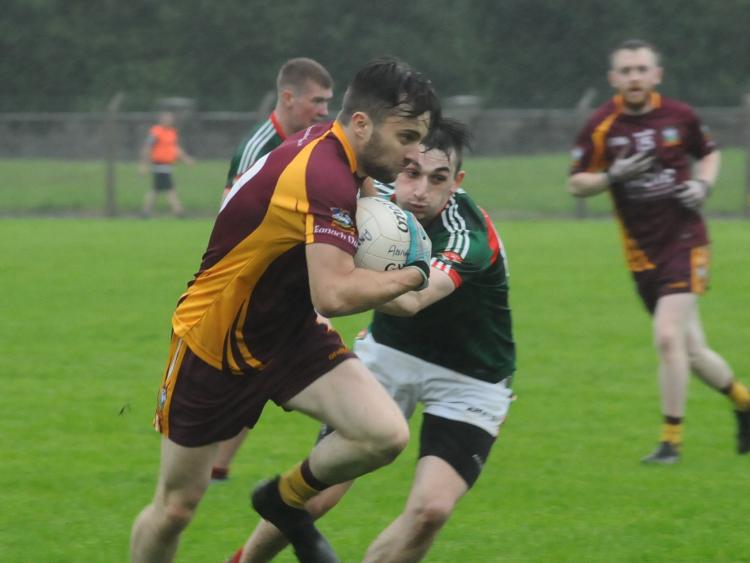 Action from Annaduff's victory over Kiltubrid in round 1 Picture: Willie Donnellan

With both these teams suffering losses in the first round, this is a must win game. Bornacoola will have come out of their loss, heartbreaking though it was with a last gasp Ballinaglera goal, in better fettle than Eslin who faded away in the second half against a strong Drumkeerin.

Bornacoola are  battling a few injuries which could give Eslin hope but if the Bors restrict the Beirne brothers, you’ve got to feel that they will have the strength to take the victory here.

Drumkeerin put in a strong display away from home last Saturday in seeing off Eslin and they will host Aughnasheelin with a great deal of confidence. With Cathal McCauley and Jamie Langan in fine scoring form and Felim McHugh and James Gallagher Corry showing up well, they have all the ingredients to do well.

Aughnasheelin have a strong core with  players like the Cullen brothers, Aaron Hoare, Fintan Fitzpatrick along with their veterans but reports suggest that they are struggling with injuries and numbers which has been a constant battle for them.

At this stage, with home advantage and a game behind them, you have to go with Drumkeerin against an Aughnasheelin side facing their first match.

Tough one to call here. Carrigallen are coming in cold but they have a strong core and can always be relied upon to reach the knockout stages. This is their first game so their form is unknown but  that didn’t stop a lot of teams from performing well last weekend.

Annaduff rode their luck against Kiltubrid but despite losing key men like David Duignan and Ronan McCormack and missing Kenny Cox, they showed that when the game is there for the taking, Annaduff’s old competitive instincts are still sound. Tough one, will be tight. Home advantage may be a factor so a slight nod for Annaduff to prevail here.

Expect a right royal battle here. Both teams need the win after narrow losses last weekend and both showed enough to suggest that they could win this game.

Kiltubrid will have to tighten up on the concession of frees for it killed them against Annaduff while they need to keep the elusive Barry McWeeney supplied with good ball.

Coming from so far behind to threaten Gortletteragh late on shows that there is something for Dromahair to build if they can produce it a little more evenly over the hour.

This has the hallmarks of a draw but if push came to shove, maybe “home advantage” such as it might swing it for Dromahair.