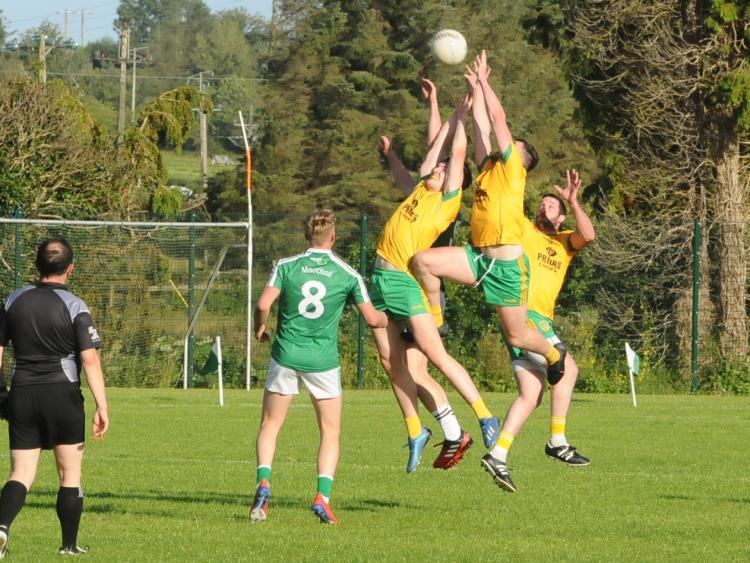 The blockbuster of the weekend - neighbours and fierce rivals set to do battle with lots talking up the prospects of both teams ultimately taking the big prize.

Aughawillan had no game last weekend but no doubt had spies watching Ballinamore’s win over Mohill. They will know how to neutralise the town team’s strengths and reports suggest that the three time champions are going well. Also, if you’re into that sort of thing, the Willies took home the big prize in 2014, 2016, 2018 so are they going to keep the sequence going in 2020?

Ballinamore have the benefit of a hard championship match and they will have learned a lot last weekend. What will please them most is how they hung in during the game and were able to deliver the killer blow late on but Dominic Corrigan will be looking for a more rounded performance on Saturday.

Last year, Ballinamore had three points to spare over their neighbours. It will be just as tight and ever so competitive. Don’t rule out a draw but this really could go either way, although there is a sneaking suspicion Aughawillan will come out all guns blazing!

St Mary’s host Mohill at home knowing they need points after a disappointing loss to Fenagh last Saturday while Mohill were desperately disappointed not to get something out of their epic clash with Ballinamore.

I’ve heard conflicting reports of St Mary’s loss to Fenagh - some suggest they were never at the races with Fenagh missing a lot of chances, others saying that the Carrick men just left their rally too late. Either way, they cannot afford a slow start to this game or to drop their intensity at any stage.

There was so much to admire of Mohill’s performance last Saturday but if I were a Mohill coach, I’d look at the concession of needless frees. Alan Doherty will punish the same offences so that is an area they will look to improve but Mohill will be boosted by their returning troops.

You have to go with Mohill here - St Mary’s blooded a lot of young players last Saturday and they acquitted themselves well but this is a major step up here, Mohill to win.

Drumreilly continue to be the county’s great survivors, a miracle of staying up in the top flight despite a lack of playing resources. But now they come up against the County champions who are already off to a good start with a win over Allen Gaels.

The champions may be missing one or two of the old guard but the emergence of more young players into their ranks ensure they won’t be too far away. They started slowly against Allen Gaels and coughed up a worrying number of goal chances but when push came to shove, they knew how to get the job done.

Sometimes you wonder if Drumreilly might be better served targeting one or two key games in the group in their bid for survival. The odds are against them here but it is exactly that sort of situation where they produce their best. Full strength and healthy, Drumreilly can test any team.

But you have to go with the defending champions here - their talent, their experience and their strength in depth allied with playing at home with a game behind them means they should prove too strong for Drumreilly.

Another must win game for both teams who suffered demoralising losses at the weekend although, judging by reports, you have to feel that the Drumshanbo men will feel happier than their Kinlough counterparts.

Both lost by similar margins but Allen Gaels can legitimately point to several missed goal chances against the champions while Melvin Gaels never truly seemed to get to grips with new boys Leitrim Gaels and the sense is that the Kinlough men were demoralised over the manner of their defeat.

Home advantage will be a big plus for Melvin Gaels, an historic day for the club with a first ever Senior Championship match in the redeveloped Melvin Park. They will have to make it count for this is a young enough Allen Gaels team who have shown flashes of real potential over the last two years.

This really is too close to call, I don’t know - home advantage suggests Melvin Gaels, form Allen Gaels. You pick and choose.