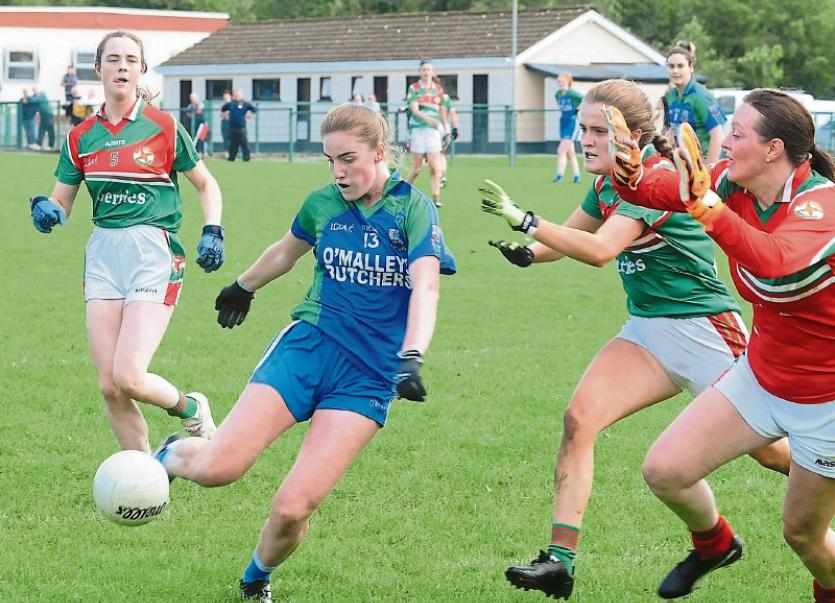 Champions St Joseph’s showed that they will again be the team to beat this year with a clinical demolition of former champions Kiltubrid in Pairc Sean O Laodain last Sunday morning.

On a day of mismatches in the Gotham Dry Wall New York Ladies Senior Championship, this was by far the closest game of the weekend but it was still a game where the Aughavas & Carrigallen women demonstrated all that is good about their game.

The familiar elements of their three-in-a-row victories were there in abundance - Aine & Michelle Heslin ran the show in the middle of the park, their impressive athleticism allowing them cover acres in all sectors of the field.

In defence, Vanessa Gallogly led a unit that dealt most comfortably with the threat of Michelle Guckian, never overcommitting and always containing the dangerous Kiltubrid woman and forcing her into blind alleys without the support she needed to do damage.

Upfront, the scoring prowess of Bronagh O’Rourke and Carmel McGovern has actually got that bit better with the continued development of Celine Shortt who adds another considerable threat to the champions armoury.

But what makes them such a threat is that they were not that happy with how they performed against Kiltubrid, despite an 11 point win, as they seek to get themselves ready for challenges further down the road.

Kiltubrid battled and battled but the over-reliance on Michelle Guckian upfront proved their undoing. Without the injured Aine Tighe giving them such a dangerous option, the two time Connacht finalists couldn't match the strength in depth of St Joseph's.

St Joseph’s had three or four real attacking options on every move but Kiltubrid knew that unless Guckian was at the heart of their attack, they were always going to struggle/

There was a quick start to the game although Kiltubrid will curse early inaccuracy that saw Michelle Guckian hit three wides before she scored her first free 14 minutes in. By that time, however, St Joseph’s had established a match winning lead and never looked like relinquishing that lead.

Bronagh O’Rourke opened the scoring with a second minute free before Celine Shortt and Michelle Heslin both fired over good points. Bronagh O’Rourke burst through on goal but skyed her shot high over the bar.

The goal St Joseph’s were threatening did come 11 minutes in when Carmel McGovern carried the ball a nice distance before finding Celine Short. The youngster was under pressure but showed great calmness to create the angle and space and she drilled the ball to the Kiltubrid net.

Michelle Guckian would add two more frees before halftime but three successful placed balls from Bronagh O’Rourke ensured St Joseph’s went into the break with a commanding 1-9 to 0-4 halftime lead.

Incredibly, Kiltubrid would not score in the second half but it only took St Joseph’s less than a minute to extend their lead with a lovely Carmel McCartan point. Michelle Guckian had a goal chance when her shot spilled off a defender and almost went into the net.

Bronagh O’Rourke put over a seventh minute free and added another 12 minutes later as the life completely went out of the game, St Joseph’s seemingly happy to keep things as they were and Kiltubrid, without the injured Aine Tighe, unable to close the gap any further.