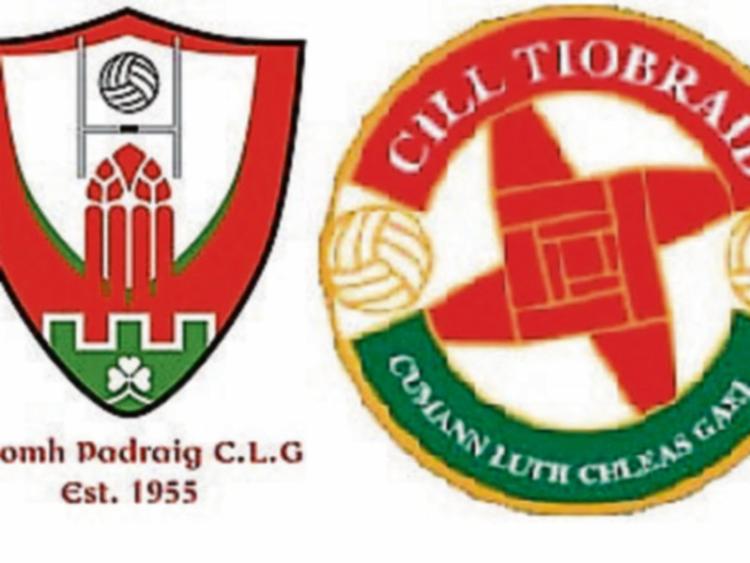 After a game that swung wildly from one side to the other, Dromahair picked up their first victory of the Smith Monumentals IFC when they held off a desperately unlucky Kiltubrid in Leitrim Village last Saturday.

Incredibly Dromahair’s match winning surge in the second half was actually sparked by Kiltubrid finding the net from a penalty. That score sparked Dromahair into a blitz of scoring, scoring an unanswered 1-6 to take control of the game.

But these games are nothing if not unpredictable and back came Kiltubrid, scoring an unanswered 1-3 themselves in the final 10 minutes to leave them an agonising one point adrift for the second time after their narrow loss to Annaduff a week before.

Cian Clinton and Martin Feeney shared free taking duties for Dromahair and were very accurate while Gary Fowley was a danger throughout. For Kiltubrid, Barry McWeeney again impressed with a haul of six points, three from frees.

Michael Clancy opened the scoring for Dromahair early on with a point from play but Kiltubrid responded on two minutes with a James Gill free.

Dromahair pushed two clear when Cian Clinton converted two frees in the ninth and 11th minutes but the tit for tat nature of the game was set up when Gill converted twice more from frees, either side of a fine Barry McWeeney point from an acute angle.

Martin Feeney restored parity with his second point on 18 minutes before the game went 12 minutes without a score, a famine stopped when Emmet Mahon scored from play. But true to this game’s nature, Cian Clinton hit back two minutes later from a free to ensure it went in all square at halftime at 0-5 apiece.

Dromahair went back in front with another Clinton effort but again Kiltubrid responded thanks to youngster Barry McWeeney. The north Leitrim men were beginning to open up a bit of room and went two up inside the first four minutes with frees from Clinton and Feeney.

Kiltubrid would strike back with a Barry McWeeney free and it looked as if they had struck a decisive blow when Kealan McKeon drove home an eighth minute penalty. But instead of inspiring Kiltubrid, it was Dromahair who grabbed control of the contest.

Martin Feeney got them back in front with two frees inside a minute and barely six minutes after Kiltubrid had scored their penalty, they were four points down when a lovely long pass from Adrian Fowley put Gary Fowley clear through on goal and he made no mistake with a clinical finish.

A shell-shocked could only watch as Dromahair took flight, showing the devastating ability they have to rack up big scores in a short space of time. James Glancy, Martin Feeney and Cian Clinton each added a point in the space of two minutes to stretch the lead to seven points.

Kiltubrid looked dead and buried at this stage but a free from McWeeney was followed by a fisted goal from Niall Foley on 51 minutes and suddenly the seven point lead was down to three.

Kiltubrid pushed hard to get an equaliser but all they could manage was two late frees from Barry McWeeney, leaving them an agonising one point adrift again for the second time.