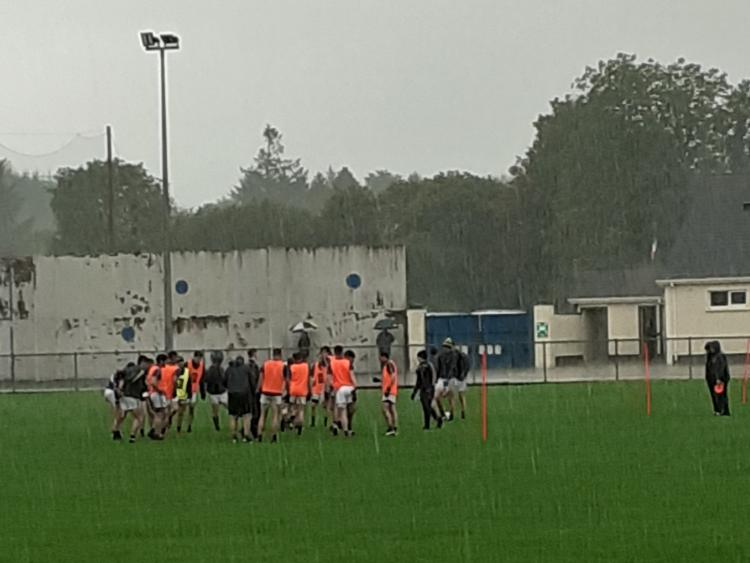 Leitrim GAA are facing into a fixtures headache after the postponement of two club championship games on Saturday evening with the possibility that the postponed Aughawillan & St Mary's Connacht Gold SFC and Aughnasheelin & Bornacoola Smith Monumentals IFC ties could be replayed midweek.

Both the meeting of Aughawillan and St Mary's in Aughawillan and Aughnasheelin and Bornacoola in Aughnasheelin were called off shortly before the scheduled throw-in time with the area suffering from a deluge prior to the throw-in, leaving both clubs faced with the propsect of having to accommodate a game not on their schedules.

However, with a free weekend between the last round and the quarter-finals/relegation playoffs, the Leitrim Competitions Control Committee (CCC) have the room to schedule both games for that weekend without affecting the overall progress of the Senior and Intermediate competition.

Yet under the match regulations circulated to clubs before the competition began, the Leitrim CCC stated that "Any such postponed game granted by the CCC shall be rescheduled at its discretion. Midweek games will be a consideration in this scenario."

In Aughawillan, both teams supported the decision of Ray McBrien to cancel the game, despite the fact that both were fully engaged in their pre-match warm-ups. Aughawillan manager Martin Greene backed the decision “In fairness, Ray called it right, there is a lot of water on the pitch there this evening, it has been treacherous for the last three or four hours.

“When the water is sitting there for a couple of metres, player welfare has to come into it. You like to go home safe and every man fit to go home safe but obviously a lot of water out there on the pitch but it is one of those things, we will just have to get on and go on the next day.”

His view was echoed by St Mary’s selector Fergal Reynolds: “The pitch, in fairness, had far too many parts of it totally waterlogged. It is grand to play if nothing happened but if something happened …. for the last hour there has been torrential rain and the water has been able to drain away.

“It is a pity but we just have to regroup. It is something you can’t control, whatever the damn hell is going on with up above us. It seems to have started to rain since we got back to football but we have to take it.”

As for the refixture, Martin said Aughawillan are happy to play whenever the game is refixed but added “At the minute, you’ll be lucky to play it in the next two weeks but we’ll have to wait on the County Board to come back with a decision on that.

“I know the Junior Championship is on tomorrow (Sunday) which probably knocks it a whole bit but we’re ready to play whenever it is put on.”

Fergal felt that the game will take place on the free weekend between the end of the round-robin series and the knockout stages: “The gut reaction is that it goes to week six. We have a bye on week five and they have a match so I’d imagine it would be the following week.

“It is probably going to interrupt Junior and INtermediate championships but I imagine it will go to week six.”