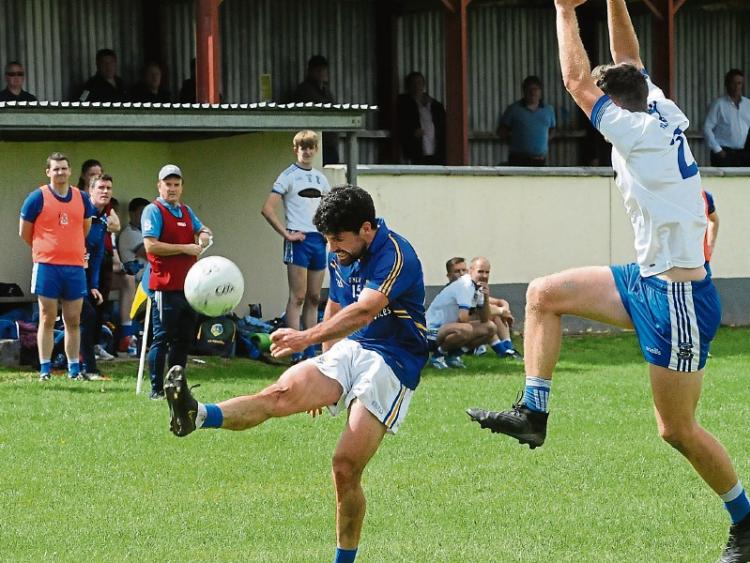 Round four of the Connacht Gold SFC and we have a set of enormous fixtures next weekend that could decide who reaches the quarter finals in the group of death. See our previews of next Saturday's games.

Before last Monday, this looked as if it could be a cakewalk for Ballinamore Sean O’Heslin’s but St Mary’s victory over Aughawillan, and a come from behind injury time win in Aughawillan at that, will have set the cat among the pigeons.

St Mary’s still have a lot to fight for as this game finishes their programme and Aughawillan have two games to pick up wins. They showed a battling spirit and a rejuvenation that they haven’t displayed for some time and while the young lads are making a big difference, a few of the golden oldies like Robbie Lowe, Alan Doherty and James McGrail made huge contributions.

But this Ballinamore team have the look of potential champions about them - they absorbed the loss of Wayne McKeon and Luke Murphy in the game against Aughawillan to win far more easily than the scoreboard suggests and their strength in depth is impressive while few teams have the power and ball winning ability in the middle of the park.

The only real danger to Ballinamore is a few more injuries and internal issues. Keep those issues off the table and it is hard to see Ballinamore falling short here. But having said that, I didn’t see St Mary’s outplaying Aughawillan for so long last Monday and I didn’t see them come back the way they did to snatch victory.

St Mary’s need for a win is greater than Ballinamore but on form so far, the nod goes to Ballinamore.

Please note this is a 5pm throw-in time.

With Fenagh facing a derby with Ballinamore in the final round, the stakes are huge in this game. Victory for Fenagh would seal their place in the quarter-finals but a loss could drag them into a three-way tie if they were to lose their final round game. Of course, a St Mary’s victory would render that all meaningless and doom Aughawillan to the relegation final.

What will worry Aughawillan is how a very young St Mary’s bossed the majority of that game and their lack of zip on Monday. Only when they got a goal from Morgan Quinn out of the blue did they produce the sort of flowing, intensive football they are famed for so turning around the ship won’t be easy.

Aughawillan will be desperate for Rory McTague and maybe even Mark Plunkett to come back from injury but they meet a young, hungry Fenagh St Caillin’s team who were desperately unlucky not to take something from their game against Mohill.

Strangely for a team with the attacking talents of Ryan & Riordan O’Rourke and Oisin McLoughlin, it is Fenagh’s wastefulness that could haunt them. They missed three goal chances against Mohill and inaccuracy almost let St Mary’s back into the game against them in the first round.

Anxiety may be playing a part in that scenario but anxiety is likely to be high against Aughawillan next Saturday. On form, Fenagh St Caillin’s have to get the nod here but with Aughawillan fighting for their lives and their storied reputation on the line, you have to give them a good chance.

But if pushed for a verdict, I think Fenagh are where Aughawillan were six or seven years ago, they are a young up and coming team and I think they will take it.

The battle for the north sees Glencar/ Manorhamilton make the short journey up the road to take on a rejuvenated Melvin Gaels in the fabulous new Melvin Park. And what a battle it promises to be with local bragging rights at stake here.

You’d have got long odds on Melvin Gaels being in this position after their heavy first round loss to Leitrim Gaels but they have bounced back with two good wins over Allen Gaels and Drumreilly. Darragh Rooney and Cillian McGloin are in good form and at home, they will feel confident of testing the champions.

Glencar/Manorhamilton have been clinical and efficient rather than inspired in their outings against Allen Gaels and Drumreilly. Those two matches would be regarded as the easier of the four and Melvin Gaels represent a big step up but if there is any team capable of going into the lion’s den and winning, it is the defending county champions.

Really, I’m not sure how this will go - the champions haven’t been knocking down walls so far but the group stages are for qualifying and nothing else, this will be the chance for them to show what they are capable of. But Melvin Gaels, already qualified for the quarter-finals, are improving with each outing and they may just get the nod here.

On paper, this should be a comfortable win for last year’s Intermediate champions Leitrim Gaels who have taken to the senior championship like a duck to water. Allen Gaels’ late rally will be a valuable lesson to the young Leitrim squad who will have learned that they can’t afford to take their foot off the pedal at any stage.

Drumreilly’s problems are well known - the inspirational Declan Maxwell is gone for the rest of the championship after surgery last week while mounting injuries are draining their resources. They showed against Glencar/Manor that they can test the best but their outing against Melvin Gaels will have worried them.

The Gaels are not without worries of their own - minus the suspended Colm Moreton, they look as if they will also be without his brother Enda who was spotted on crutches after the Drumshanbo game last Saturday. They have lots of young talent but even they cannot afford the loss of two key players like the Moreton brothers.

Still you have to expect that Leitrim Gaels should have too much for a battling Drumreilly who will face a winner takes all clash with Allen Gaels in the final round regardless of the result here. Leitrim Gaels to prevail.