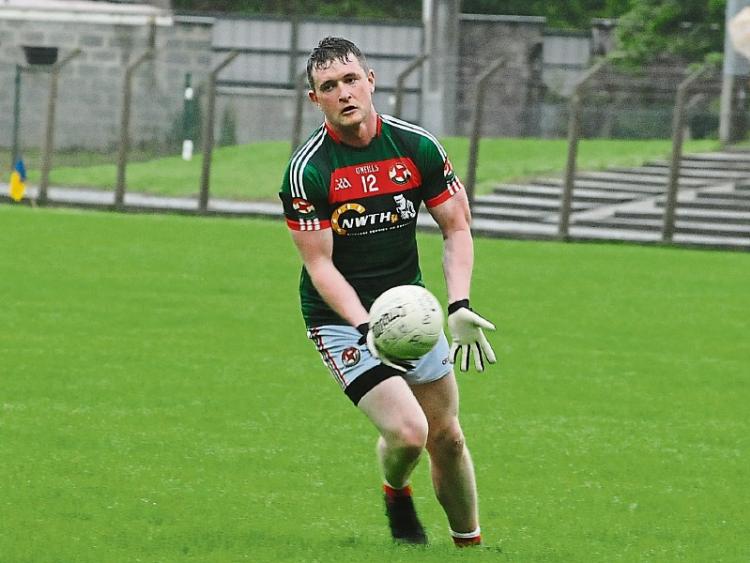 Kiltubrid's Emmet Mahon was on the scoresheet

Gortletteragh picked up their second win of the Smith Monumentals Intermediate Championship last Saturday in Ballinamore when they proved far too strong for a Kiltubrid team who suffered a third defeat.

This was the first time Kiltubrid had lost by more than a point in their three outings and it was also the first time they had trailed by a significant amount during any of the games. Trailing by four points at the break, a late goal put a bit of a gloss on the scoreline as Gortletteragh simply proved too strong on the day.

It was tit for tat early on with James Gill twice on target in the first four minutes to match scores from Gortletteragh.

However, Gortletteragh started to slowly but surely pull away from Kiltubrid as they hit six unanswered points over the next 23 minutes, one point from a fifty and two from frees, as they led 0-8 to 0-2 after 24 minutes.

Kiltubrid stopped the bleeding with a Dermot McKeon point three minutes before the break while youngster Barry McWeeney added a point from a free and one from play as the clock ticked into added time.

But a converted fifty from Gortletteragh over four minutes into added time gave them a 0-9 to 0-5 halftime lead.

The second half got off to a slower start with two successful frees from Gortletteragh after five and nine minutes, Barry McWeeney replying with a free on ten minutes but Gortletteragh came right back with two points, one from a free, to extend their lead to seven points.

Emmet Mahon converted a 46th minute free but Gortletteragh continued to score two points for every one Kiltubrid got, adding two more to leave them eight clear. Kiltubrid did raise the possibility of a late comeback when Mickey Earley goaled eight minutes from normal time.

But Gortletteragh were able to hold off any hopes of a comeback from the Kiltubrid men, adding one more point from a free to seal a comfortable six point victory.

Kiltubrid have the chance to rest and gather themselves for the final round as they have the weekend off next weekend but they will be anxiously watching Gortletteragh’s game next Saturday.

A win for Gortletteragh against Carrigallen would boost Kiltubrid’s chances in the winner-takes-all final round as a draw would then be enough to see Kiltubrid through to the quarter-finals as they are just a point ahead of Carrigallen on scoring difference.