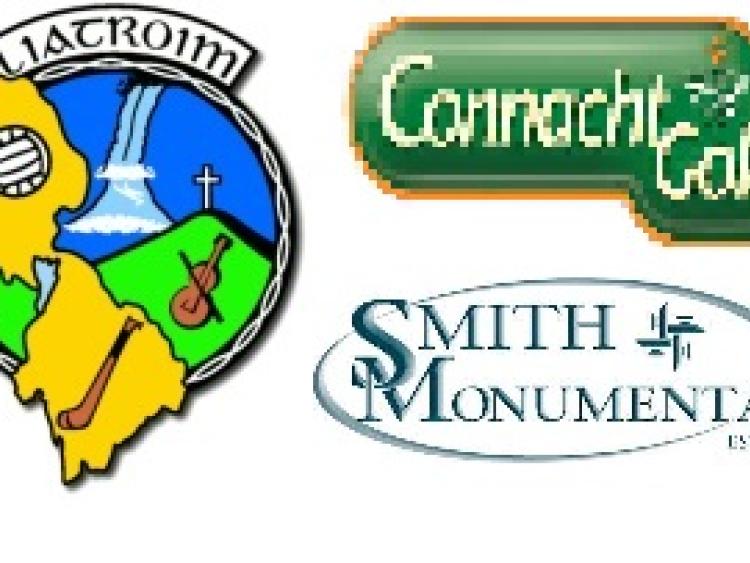 Eslin secured a much needed victory over Ballinaglera last Saturday evening in round 3 of the Smith Monumentals Intermediate championship in Eslin.

Ballinaglera came into the game with confidence on the back of a victory over Bornacoola in round one and had a bye in round two. However, they were without the experienced Seamus McGovern and were dealt another blow early in the first half when Enda Maguire was forced off through injury.

Ballinaglera were left chasing the game after a tenth minute goal from the lively David Stenson. This proved a crucial score and one that the Glera men struggled to recover from as Eslin hung on for their first victory of the campaign.

Wayne Reynolds opened the scoring on the fifth minute for Ballinaglera with Alan Duffy slotting over an impressive equalising score from the right wing two minutes later. A long ball over the Glera defence found Conor Beirne who quickly off-loaded to the onrushing Stenson who finished to the back of the net.

James McNabola followed up with another point in the 15th minute just before the water break. A minute after the resumption Eslin goalkeeper Enda Turbett saved a Seamie McMorrow penalty.

However, McMorrow responded quickly with a massive point from 45 metres on 18 minute which was quickly cancelled out by a fine Conor Beirne score seconds later. Barry McLoughlin got on the score sheet for Eslin with a fine point.

Seamie McMorrow and McNabola traded scores before Padraig Cornyn pulled one back for Glera in the 26thminute. Eslin responded again with a Jamie Stenson free kick. Stenson and Wayne Reynolds traded scores before the break to leave the half time score 1-7 to 0-5 for the Eslin men.

The Glera men were tackling hard early in the second half and this hard work paid off in the 38th minute when Aaron McCauley fisted home a goal after a long delivery from Barry Maguire.

Glera’s confidence boost was short lived, however, as Eslin pounced on a poor kick out that resulted in James McNabola racing through the heart of the Ballinaglera defence to finish to the net as momentum swung back in favour of Eslin.

Seamie McMorrow and Jamie Stenson swapped points just before the second water break. Wayne Reynolds added a point for Ballinaglera before Conor Beirne responded with another point from play. Dermot Reynolds was black carded for Eslin after a foul on Wayne Reynolds.

Ballinaglera were struggling to win their own kick outs as Conor Beirne pointed two frees which left the Glera men with it all to do in the last ten minutes. To their credit their never say die attitude showed again as a late surge saw Seamie McMorrow point a free and two excellent points from the boot of Patrick McGrail in the 58th minute.

That cut the gap to a goal as the final whistle blew and Eslin picked up their first points of the campaign.

For Glera, they will need to regroup and as they are at home to Aughnasheelin next Saturday. For Eslin, they will be happy to get points on the board and can look forward to a week off next weekend.