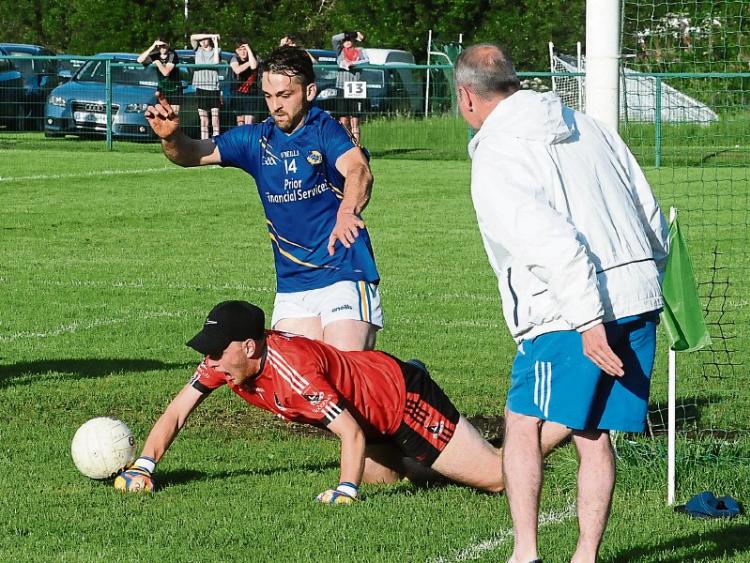 Hard to know what is the bigger story after this Connacht Gold SFC clash, the demise of Aughawillan or the emergence of Fenagh St Caillin's as genuine contenders for this year's Fenagh Cup.

That the home side are going to emerge as a real power in Leitrim club football is no surprise to anyone watching underage football over the last ten years but Fenagh have really stepped it up this year under Joe Flynn and will not fear anyone in the quarter-finals.

But the story of Fenagh was probably overshadowed by the unexpected demise of Aughawillan, the three time champions going into the relegation series for the first time in years.

Now, nobody is naive enough to write off the Willies and I'd expect them to come through the relegation series but the power and intensity that made them such a feared side was sadly lacking this year.

Injuries to Mark Plunkett, Rory McTague & Ciaran Gilheany did them no good this year and it exposed their lack of depth but they will look back on their loss to St Mary's on the August Bank Holiday Monday as the one that got away.

But Fenagh will care little for that - a potent forward line, a growing confidence and a powerful midfield could see them challenge for the title this year.

Ryan O’Rourke and Morgan Quinn swapped frees inside the first 90 seconds but Aughawillan were moving well early on as Barry Prior, with a lovely 40 yard sidefooted shot, and Sean Flanagan both scored good points in the first three minutes.

But Fenagh sowed they were up for the game with a devastating reply - Aughawillan keeper Colin Maguire lost the ball, Aaron Smith won it and played it across the goal for a high flying Riordan O’Rourke to fist the ball to the net.

Aughawillan’s response was deadly and impressive - Morgan Quinn’s long ball was fielded brilliantly by Sean Flanagan who was promptly taken down, Flanagan dusting himself to score his third penalty in two outings after six minutes.

Donal Wrynn steadied Fenagh with a monster long range free but Fenagh had a big escape when Gary Plunkett and Ciaran Gilheany got in each other’s way when a ball was spilled by Fenagh keeper Shane Doonan, the ball being cleared.

Fenagh however started to pull clear with points from Ryan O’Rourke (2) and McLoughlin before Barry Prior steadied Aughawillan with another fine long range point three minutes before the break.

Aughawillan missed two good chances and were made pay when Oisin McLoughlin did extremely well to force the ball through to Riordan O’Rourke for a point after McLoughlin had lost the ball.

But Aughawillan finished the half in typical fashion, Michael Quinn popping up unmarked in the corner to point while Morgan Quinn added another free to leave Fenagh 1-7 to 1-6 ahead at the halftime break.

That lead was wiped out inside 30 seconds when Pearce Dolan fired over a good point but Fenagh immediately hit back with two from Oisin McLoughlin, the first a free but Gary Plunkett responded with a good point from play, again leaving a point between the teams.

However, Fenagh were in the ascendancy and they would win the game before the next water break midway through the half. Donal Wrynn thumped another long range free high over the bar, quickly followed when Riordan O’Rourke pounced on a bad kickout, played a one-two and pointed.

Oisin McLoughlin went close to a goal, gathering a high free and seeing his shot scrape the paint off the crossbar as it went over. As it happened,

Fenagh didn’t have long to wait for their goal as they turned over the Aughawillan defence and Riordan O’Rourke launched a high ball in to Fergal McLoughlin. The halftime sub fielded and fed his brother Oisin who drew the cover before floating the ball across for Ryan O’Rourke to palm the ball to the net.

Aughawillan never give and two good Morgan Quinn points narrowed the gap to five points with ten minutes of ordinary time left. Things started to get messy with Riordan O’Rourke earning a black card while Fergal McTague picked up a second yellow, reducing both teams to 14 players.

Fenagh were not to be denied and points from Oisin & Fergal McLoughlin and Ryan O’Rourke left them eight points clear over a minute into added time.

True to form, Aughawillan fought back and Sean Flanagan drove a low shot past keeper and defender on the line and into the back to the Fenagh net. But there was not enough time for force anything else, Aughawillan ending up with 13 men after Pearce Dolan received a second yellow card.