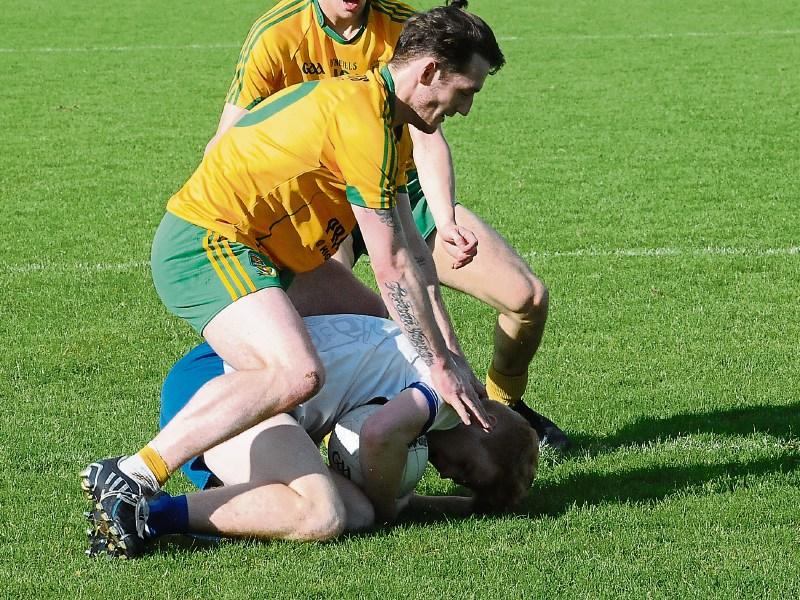 The final round of games in the group stages of this year's Connacht Gold Senior and Smith Monumentals Intermediate championships and I think its fair to say that this year, the entertainment on display has been top class.

Whether it was the shorter season that seems to have caught the imagination of the players or more likely a tougher 10 team championship that leaves no room for error, the standard has noticeably risen and that can only be a good thing.

We take a brief look at the final round of games in both grades:

A tough one to call here because if you were the Aughawillan management, you could be tempted to rest any players carrying any sort of a knock ahead of the all important relegation final. A win here for Mohill might propel them to top spot in the table and that should be enough motivation for them to turn up hungry and interested - Mohill to win. (NOTE: 5pm throw-in)

A derby with finishing places on the line adds to an intriguing contest here. A win for Ballinamore would guarantee them top spot regardless of other results and they will be anxious to get last Saturday's loss to St Mary's out of their system as quickly as possible. Fenagh will want to finish as high as possible and avoid either Melvin Gaels or Glencar/ Manorhamilton while there is also local pride to talk about. Hard to know what way it will go but if they get a reaction, you have to go with Ballinamore. (NOTE: 5pm throw-in)

An out and out winner takes all encounter here sees Allen Gaels come up against a Drumreilly team who have tripped them up in the past and it makes for an interesting contest in Carrickmakeegan. Injured players are threatening Drumreilly's Senior status while Allen Gaels can rightly consider themselves a little bit unlucky not to be further up the table after some good display. An extra week's rest should ensure that the Drumshanbo men are at their best and raring to go - a win here for Allen Gaels.

Either one of these teams could top the table if results go their way but Leitrim Gaels are battling an injury crisis that could see them without David Bruen, Enda & Colm Moreton and Eunan Treacy and that definitely weakens their challenge. Glencar/Manor will be anxious to get back to winning ways after their loss to fierce rivals Melvin Gaels last weekend as they were caught out early and frequently. A thought to consider - Leitrim Gaels are the only team to defeat the Kinlough men so Manor would do well to be careful here. At full strength, this could be a shock but you get the feeling that, with home advantage, Glencar/Manor will be very hard stopped next Saturday.

Predicting here is tricky because Aughnasheelin could be safely through to the quarter-finals or battling for survival depending on the result of Wednesday's game against Bornacoola. The Bors need the win to get out of the relegation battle too so what state Aughnasheelin will be in is hard to know. The only common ground here is they both beat Ballinaglera by a goal so don't be surprised by a draw

Interesting dilemma here for Drumkeerin - do they rest up for the quarter-finals, untouchable in top spot or do they go out and try to relegate their neighbours Ballinaglera. Glera started well but have been caught twice now in games and they must be getting very nervous. On current form and all known logic, it is hard to see anything other than a Drumkeerin victory but adversity can bring out the best in a team - Ballinaglera may just spring a surprise but Drumkeerin to win.

Another winner takes all relegation battle here and equally difficult to tell who can come through. Both have had one bad day and both have been unlucky in other games. Kiltubrid have a slight advantage in that a draw would do them due to a superior scoring difference but relying on a draw is dangerous. I'm not too sure on who to go for here and I expect a tough and tight battle. I have an inkling that Carrigallen might sneak it but wouldn't be surprised either way.

A heavy loss to Dromahair will have stalled Annaduff's engine last weekend and left them with a good few question marks so coming up against Gortletteragh is not ideal. The closest anyone has got to Gortletteragh so far has been Dromahair's two point loss while they are averaging an impressive 18 points a game. Annaduff have only hit 16 points once so far so all the odds and omens would appear to favour a victory for the visitors next Saturday.