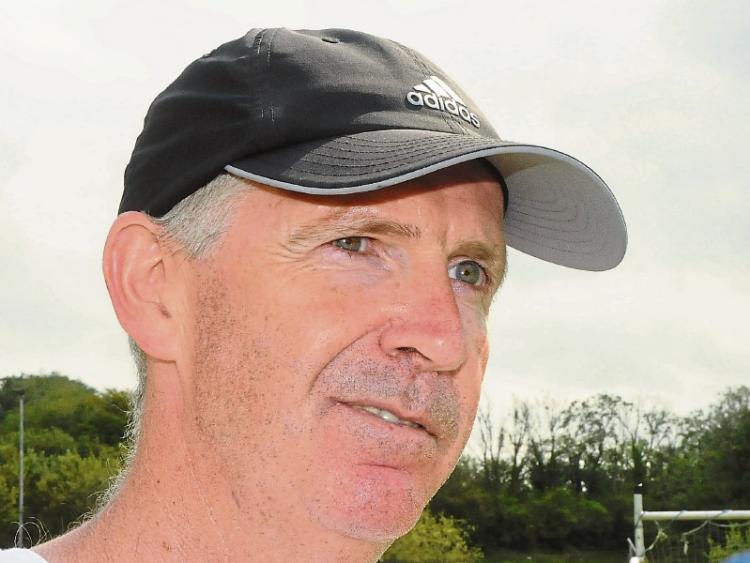 Conor Harte may be a self-confessed newbie to the Ladies game but the Ballinamore Sean O’Heslins manager was like an old pro as he highlighted the attitude of his players in their 4-12 to 1-17 victory over Glencar/ Manorhamilton last Sunday.

The high scoring, epic clash was decided with a late goal for Emma McGovern deep into injury time as Ballinamore shocked the north Leitrim women, so much so that their manager didn’t even know the final score when he chatted to the Observer after the game.

“I don’t even know what the final score was, I just know that we won,” admitted Conor (see inset), “The thing that pleased me most is the girls attitude towards the game, they really got stuck in when it counted.

“To be fair to both Manorhamilton and St Joseph’s, they have set the bar. I have very little experience in terms of managing Ladies football but in terms of standard of the game, it was fantastic football from both sides.

“Glencar/Manor bring a level of intensity that we knew we’d have to match and as the game wore on and settled, I think we matched them. We improved a lot in the second half, we cut out a lot of our own mistakes and that was our biggest failing because we were turning the ball over too easily ourselves.”

The manner of their victory over Manor and draw with champions St Joseph’s must surely raise the confidence levels in a young Ballinamore team: “When you win a really close game like that, it really does help.

“Now we have two more games to play and we’re not taking anyone for granted. This is a League system, nobody is out as such. They will improve, we have lots to work on but in terms of the lift it gives us and to win on our own pitch, it is huge.”

Conor was quick to praise the contribution of all his players but agreed that Laura & Eilish O’Dowd and Emma McGovern had made special contributions to the victory: “Eilish and Laura O’Dowd are two powerhouses, they just contribute so much in every game.

“When the going got really tough there, they were digging out runs that looked as if they were at the start of the game, Laura in particular, she covers some ground.

“Emma McGovern showed a real poacher’s instinct, she was probably a bit more successful that her brother yesterday in terms of finishing them. Even the subs who came in made a huge contribution - Emma Honeyman stepped in and made a massive contribution with a goal and several passes.

“But I just thought that right throughout the field, everyone did what they had to do. All I said to them before the game was all I was looking for was a positive attitude and to go for it and I thought they gave us that.”

And the Ballinamore manager finished by praising the support his charges received from the sidelines: “To be fair for the last few weeks, there has been brilliant support for ladies football. Maybe it is because of the condensed season but I think the level of enthusiasm is huge around town, there has been a lot of support for the girls and it is very welcome.”