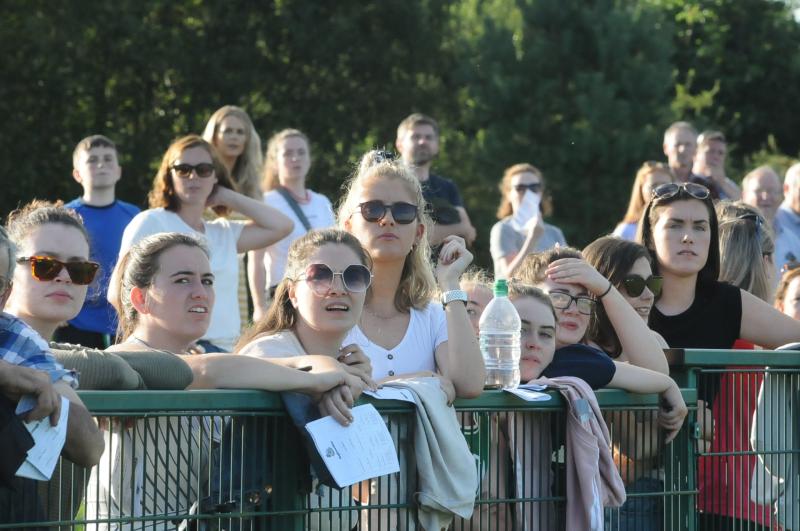 Reaction has been swift and it has been mixed to say the least as fans, players and outside commentators react to the news that there will be no fans at the knockout stages of the Leitrim Club Championship as long as the Government imposed crowd limit of 200 fans is in place.

Leitrim GAA County Board made the shock announcement in the early hours of Friday morning (see here) and it was immediately greeted with a mix of praise, shock and anger.

First up was Mike O'Halloran who tweeted his support of the decision:

His stance was backed by John Fogarty, Gaelic games correspondent of the Irish Examiner:

That tweet gained the wry reaction from one fan!

If being a Leitrim GAA fan wasn't hard enough...

However, the reaction among home fans was not happy with Carrigallen's Terence Reynolds, who ironically was full of praise only hours beforehand for the County Board for their livestreaming of games on the internet, particuarly upset:

Incredible, staggering decision.
I can't believe it.
Been at a few matches and all guidelines being adhered to.
Seriously lads.

Terence responded to a tweet from Gerard Reilly who supported the move:

If the they restricted it to 50 supporter tickets per club...that would be €1,000 (€10) per game. There's potential to clear 16,000 from the remainder of both sen/inter champ is there along with whatever they make on stream.
That might fund travel expenses for the co team

Another fan Cormac was not impressed:

500 can attend games in Fermanagh but across the border in LM no one can go to them.

Are we the only county to come up with this daft decision.

They’ll need well over 200 stewards in the grounds to keep 200 ppl out. Backwards way of going forward.

His point was echoed by Terence Reynolds:

Will have to go to a few games in fermanagh.
Was good to go and see the local team play games again. A lot of people found them therapy in a way.
This is a shocking decision to take, staggering.

"On The Bank" agreed:

I understand the rationale as clubs were coming under serious pressure

Family members and partners should have been given forst preferences

Eslin's Darren Beirne was not impressed and pointed out some anomalies:

You can’t go into Pairc Sean for a game where you can easily/safely social distance large numbers but you can go across the road to Tesco and cram in there like sardines. Can’t understand it

But there was also support among fans as Eileen Quinn simpy tweeted - "Well done Leitrim":

SEE NEXT WEEK'S LEITRIM OBSERVER FOR MORE ON THIS STORY