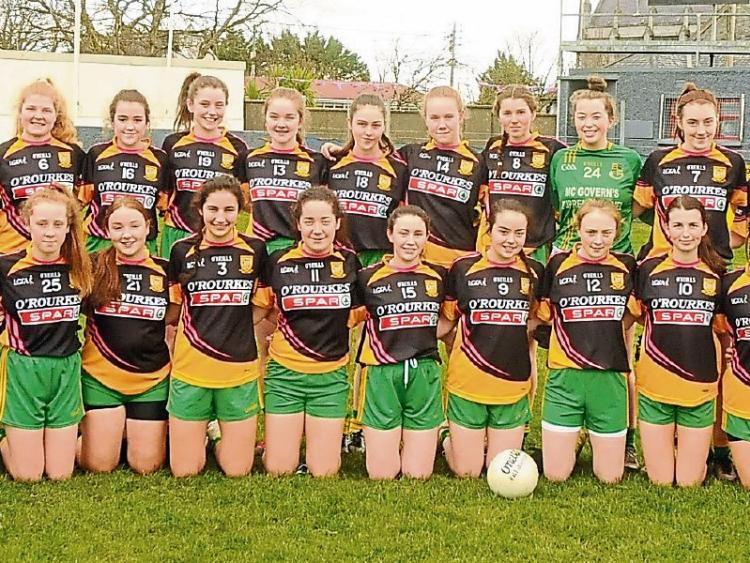 The footballers of St Clare's CS in Manorhamilton have launched an online petition seeking to have their cancelled Lidl Ladies All-Ireland Schools Senior C Final against Mercy St Joseph's Navan played despite the Ladies Gaelic Football Association reiterating their decision to cancel the competition.

Launching their “Justice for the Girls! Let us play our All Ireland Final” petition on Change.org, the members of St Clare's team are appealing to the wider public to back their campaign for the final to be held despite the LGFA's insistence that the competition will not be rescheduled.

In their petition started by Rachel McPartlin, the team wrote “Players from St. Joseph’s and St Clare’s have appealed numerous times to the LGFA, however all appeals to the LGFA have fallen on deaf ears.

“Unfortunately, we have now been forced to take our endeavours to the wider LFGA community and the media in the hope that the LGFA will engage with all stakeholders and work to find a positive resolution to this issue.

“This match is especially important considering the fact that each team have a significant number of Leaving Certificate students on their panels and this is their last chance to play at this level and as part of the school community.

“Both teams involved are willing to play their final any time, any place, any day and behind closed doors if needs be,” stressed the petition which has already gained over 200 backers.

However, Ladies Gaelic Football Association had already rejected an appeal from Moate CS and Loreto Clonmel to play their postponed Senior A Final even though Kildare club Carbury had offered to host the game behind closed doors.

In a statement issued on July 31, the LGFA stated “The LGFA acknowledges that schools and players across all six competitions were left disappointed when, in unprecedented circumstances, the extremely tough decision was taken in March to cancel the Lidl PPS All-Ireland Championships for 2020.

“This decision was taken in the best interests of all relevant stakeholders, and in line with Government and Public Health Authority advice, following the onset of Covid-19.”

However the LGFA noted that with the number of Covid-19 cases rising daily, 85 on the day before they issued their statement, they would not be going back on their decision: “At present, the clear and prescient advice is that fixtures should be played at local/county level only, before a return to national activity later in the year.

“In the current climate, we cannot, and will not, sanction any fixture that involves participants from separate provinces, and until the inter-county window officially opens.

“The LGFA’s stance on the 2020 Lidl All-Ireland Post Primary Schools competitions, and indeed other competitions and initiatives affected, has not changed since it was first communicated in March, and reaffirmed following a recent review.

“We will not be revisiting decisions relating to the health and safety of our members, which remain wholly relevant, and we consider these matters closed.”

The postponement was particularly cruel for St Clare's who were denied the chance to play the All-Ireland Junior C Final three years ago when their opponents pulled out less than 48 hours before the scheduled match.

With a new school year due to start in September, a number of St Clare's players will no longer be students in the school, exacerbating the situation but unless the LGFA change their mind, it looks as if their dreams will remain unfilled.

THE FULL TEXT OF THE ST CLARE'S CS SENIOR TEAM PETITION IS AS FOLLOWS:

Both teams will tell you that we felt like we had won the lotto when we won our respective All-Ireland Semi-finals. These were days of joy, excitement and celebration, as both of us had secured our place in the All- Ireland Senior ‘C’ Final; a final which was scheduled for the 29th of March. However, our celebrations were short lived when the LGFA informed us that they had made the decision to cancel all Lidl PPS 2020 finals.

Under the unprecedented circumstances that occurred due to COVID-19, we acknowledged the necessity to cancel all matches back then as Ireland went into lockdown. However, Ireland is now on a more positive trajectory and the LGFA have published their Roadmap. The LGFA Roadmap makes provisions for other All-Ireland Finals to be played later this year, therefore both schools have written to the LGFA a number of times to ask them to reschedule our final.

On the grounds that other LGFA teams will get to play in their respective All Ireland finals, we feel strongly that our All-Ireland Final should be played too ! We have asked the LGFA for a meeting to discuss the matter but unfortunately, they are not willing to meet with us.

Each team and wider school community were distraught when the original fixture was cancelled. We all fought hard throughout the whole academic year, training multiple times week, on weekends and during school holidays. We also gave 150% to win each and every match in this knock-out competition. We have all earned our place in the final and whether we win, lose or draw we all feel it is only fair and just that we have the chance to represent ourselves, our school and our province at the highest level.

To reach an All-Ireland Final is a dream for many but after winning our All-Ireland Semi-finals it became a reality for us. Unfortunately, that reality was short lived as our dreams were shattered when we heard it was cancelled. This match is especially important considering the fact that each team have a significant number of Leaving Certificate students on their panels and this is their last chance to play at this level and as part of the school community.

To each and every player on each squad, Gaelic football is more than just a sport, it is a way of life, it’s part of who we are. Many of us are part of the LGFA community for the last 17 years – as soon as we could walk, many of us were kicking a ball. We thought that the LGFA would understand how important this All-Ireland Final is to us, after all the LGFA is built on the loyalty of its grassroots members and we expected them to show us the same respect and loyalty. We feel dismayed and disregarded by an organisation we have spent our lifetime representing.

We are sure that you are aware that the GAA have scheduled some finals at the same age and grade. Whilst we acknowledge that the GAA and LGFA are separate organisation, we are asking the LGFA to treat us with the same respect that our male counterparts are receiving. In an era where equality in sport and women’s rights have taken centre stage, we feel that the decision by the LGFA not to go ahead with our All-Ireland final is regressive and unfair.

Players from St. Joseph’s and St Clare’s have appealed numerous times to the LGFA, however all appeals to the LGFA have fallen on deaf ears. Unfortunately, we have now been forced to take our endeavours to the wider LFGA community and the media in the hope that the LGFA will engage with all stakeholders and work to find a positive resolution to this issue. Both teams involved are willing to play their final any time, any place, any day and behind closed doors if needs be.

In keeping with the 20x20 campaign, if she can’t see it, she can’t be it. Moate Community School, Westmeath and Loretto Convent, Clonmel had secured their places in the Senior ‘A’ All-Ireland Final, like us they are now calling on the LFGA to reschedule their fixture. We acknowledge all the work these two teams have done in recent weeks and we fully support them in their endeavours.

We are appealing to our LGFA family across the island of Ireland and our wider community connections to help us with our fight. Regardless of county colours we must all stand together for justice and equality. Please share our story so that the LGFA can see all our members are standing strong together.