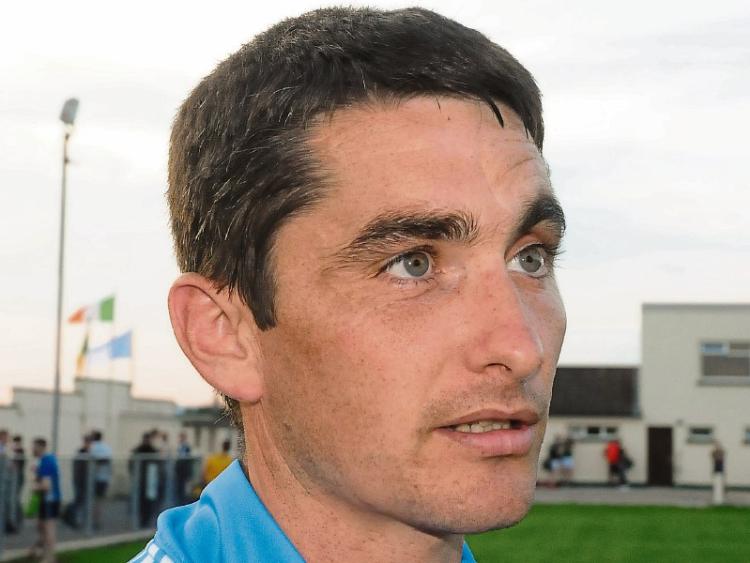 Allen Gaels have nothing to lose in this year's Connacht Gold Senior Championship Quarter-Finals despite facing one of the favourites in a high flying Mohill and the Gaels will be approaching it that way according to ace marksman James Flynn.

Speaking after what was essentially a knockout game against Drumreilly last Saturday, James reflected that while the odds will be against them, the Drumshanbo outfit will be going all out to cause a shock.

“Nothing easy in the quarter-finals,” James told the Observer, “But the way the groups were done, you knew that once you got out of the group, there is nothing going to be easy. Mohill won’t be fearing us but we will have a shot.”

Allen Gaels already had a taste of knockout football in the 2-14 to 0-11 win over Drumreilly and James was delighted to see his team emerge with a win after a couple of near misses: “It is was a knockout game essentially, Aughawillan waiting the next day for the loser and none of us wanted to be there.

“We’re just delighted, we were confident coming into the game. We had so many close shaves in the group games, we took our chances today but having said that, we still missed a lot.”

James’ wariness was understandable given Drumreilly’s giant killing heroics over the past few years: “Look, you are always coming down here wary, we came down here a couple of years ago, we thought we had the game one and they got a couple of goals near the end and won the game.

“So we knew well we had to play to the final whistle, thanks be to God we did and we got the result.”

A couple of returned players and a maturing squad have seen Allen Gaels make the step up this year as the potential of youth is finally being translated into results: “They’re not as young as they were and that helps too.

“We had a couple of lads back too - Brian Mulvey is back in the fold too, Jason Loftus is back, lads are just going well and enjoying football. The break did everyone well, I think everyone is just delighted to be out playing football again and we’ll see where it takes us.”

His own form might have something to do with Allen Gaels resurgence but James plays that down: “I think the thing is I’m just getting on to the end of moves now, the legs mightn’t be where they used to be!

“There is a hell of a lot of work put in before the ball gets up to me, credit to the boys: they put in a shift around the middle of the field.”

But perhaps the biggest factor is that everyone is simply enjoying their football once more: “It’s just great to be out playing football, you look forward to a Wednesday night and going training and it is a lovely Summer’s evening.

“It has been great weather for most of the games, bar the Leitrim Gaels game, and we’re just delighted to be able to play football at this stage,” concluded James.