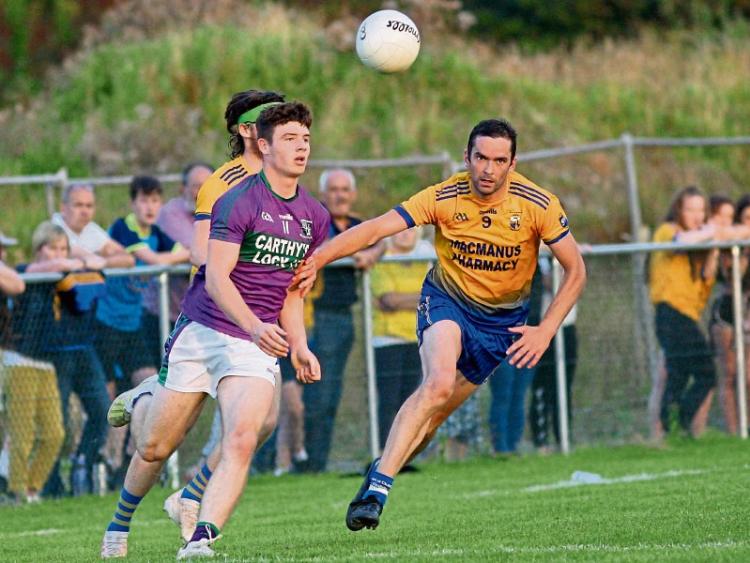 After an intense and exciting encounter, Glencar/ Manorhamilton’s late surge saw off the challenge of Leitrim Gaels on Saturday in Boggaun in this final Connacht Gold SFC Group 2 game, with the result always up for grabs right up to the end.

In truth, this was a game that could have gone either way and so close were the proceedings throughout that the sides drew level on no less than five occasions, and the fifth time this happened was as late as 59th minute near the end of what turned out to be a thrilling knife edge showdown.

Two early goal chances fell to Glencar/Manorhamilton in the opening three minutes with both falling to Niall Brady, who blazed the first one wide off the butt of the upright; the second seeing Brady force an alert Leitrim Gaels keeper Brendan Flynn to pull off a super save.

Over the next ten minutes, Glencar/Manor edged into a two point lead after Niall Brady and James Rooney shot over. Darren Sweeney received an 11th minute yellow card but Leitrim Gaels had got on level terms after Stephen Goldrick and Aidan Flynn whipped over points.

The Gaels took the lead for the first time in the game just after the water break thanks to Stephen Goldrick free.

Over the next five minutes, Manor got back on level terms and then edged ahead thanks to Niall Brady who fired over from play and from an advanced mark. Just before the interval whistle Stephen Goldrick levelled the game for a third time from a free to give a halftime score line of 0-4 each.

The Leitrim Gaels men raced into a two point advantage in the opening three minutes of the second half when Donal Moreton and David Regan fired over a point each but Glencar/Manor hit back with a 34th minute goal after a fine individual effort by Declan Byrne who fired soccer style to the net.

Just before the second water break, Leitrim Gaels Aaron McLoughlin was shown yellow, Conor Dolan whipping over a free which put Glencar/Manor 1-7 to 0-7 ahead with the game’s final quarter still to play.

But Manor regained the lead in devastating fashion when Aaron Hickey palmed to the Gaels net after his initial goal bound shot was stopped.

As the game ticked into injury time Leitrim Gaels hit back with an Aidan Flynn point. In the closing action Glencar/Manor managed to deny a close-range Leitrim Gaels goal chance while Niall Brady and Conor Dolan (free) added points.