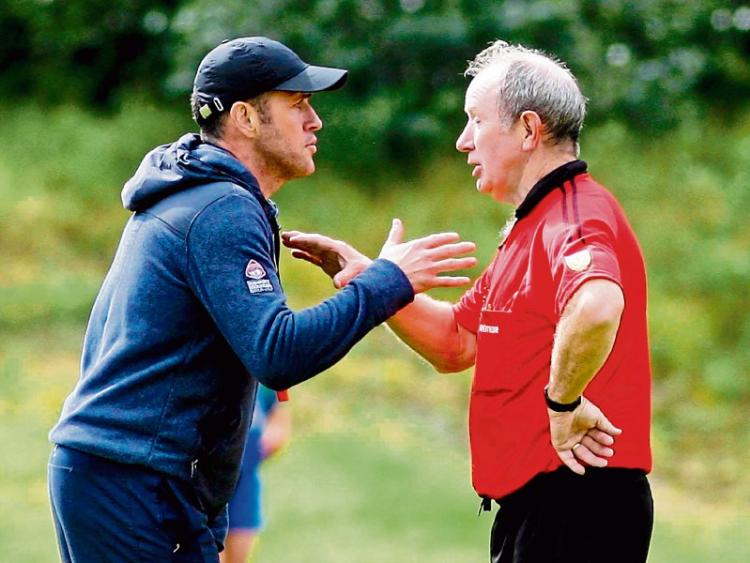 Ballinamore Sean O'Heslins have given their confidence a huge boost ahead of the semi-finals after they topped the rankings in this year's Gotham Dry Wall New York Ladies Senior Championship.

Ballinamore SOH Ladies defeated St Francis 2-24 to 2-8, a huge 16 point winning margin that would have ensured them top spot in the table even had St Joseph's defeated Glencar/Manor last Sunday (see report on their draw on page 62).

With the draw between last year's County finalists, Ballinamore won big, avoiding both St Joseph's and Glencar/Manorhamilton in the semi-finals where they will face Kiltubrid on Sunday September 6.

Kiltubrid booked a place in the semi-finals thanks to a 3-16 to 0-3 victory over St Brigid's who will now face St Francis in the relegation final.

Dromahair again underlined their status as the team to beat in the McGovern London Intermediate grade with a comprehensive 3-11 to 2-0 victory over St Mary's Kiltoghert, a victory that sets up a semi-final meeting with a Keeldra Gaels team who walloped Annaduff 10-8 to 0-6. The other semi-final will feature Mohill taking on St Mary's.

The top two teams in the McGovern London Junior Championship had to be separated by scoring difference with Drumkeerin taking top spot ahead of Glencar/Manorhamilton's second string side.

With Drumkeerin already finished their programme, Glencar/Manor received a walkover from St Francis while Fenagh moved into third place with a 3-9 to 0-5 victory over St Joseph's second string team.

That means Drumkeerin will take on St Joseph's with Glencar/Manorhamilton up against Fenagh in the semi-finals.

In a statement released to clubs, Leitrim LGFA chairperson Aidan Heron has said the Government restrictions that mean all ladies games from now on will take place behind closed doors are “disappointing” before adding “This is what we are bound by.”

No more than 40 persons per team should be allowed access to games for the moment.

This figure should include all players, management, coaches, ancillary backroom personnel and officials. The 80 team personnel (40 per team) is in addition to essential match day personnel such as Match officials (referees, linesmen, umpires), Media, streaming personnel and required event officials (stewards etc.)

We the Leitrim County Board have to follow these restrictions at upcoming championship semi-finals and finals at Senior, Intermediate and Junior.

We understand this will be disappointing at this time to clubs, players and people that wish to see the games live but this is what we are bound by,” the statement concludes