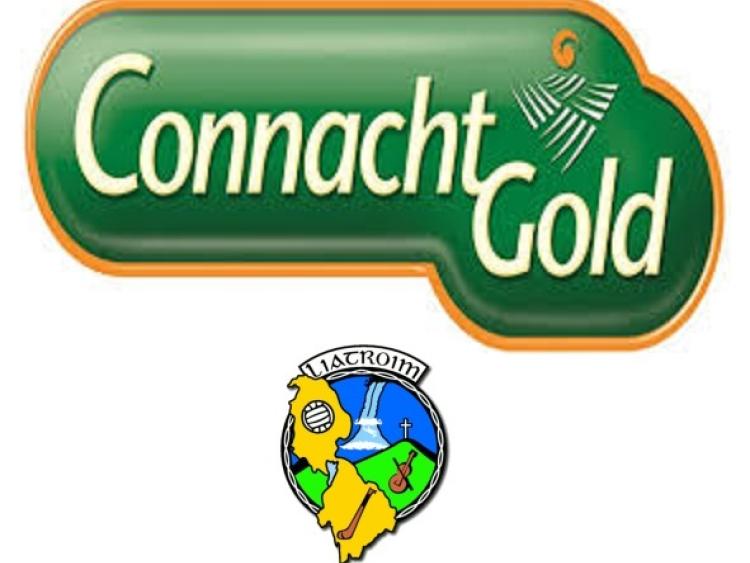 Mohill reiterated their standing as perhaps the main favourite for this year's Connacht Gold SFC title when they demolished the challenge of a battling but ulimately outclassed Allen Gaels in Avantcard Pairc Sean Mac Diarmada on Saturday.

The deserted stands and terraces in the county ground was witness to a master class from the Mohill men and Keith Beirne in particular, the centre-forward almost equalling Allen Gaels score on his own with a personal tally of 2-8 as they became the first team to book their place in the Senior Championship Semi-Finals.

Allen Gaels improved beyond all measure in the second half as they outscored Mohill 2-6 to 0-8 but the reality is that Mohill were in second gear for much of the second half, their 15 point lead more than adequate to see off whatever the Drumshanbo men threw at them.

James Flynn's free tied the scores on three minutes but with Mohill already hitting four wides in the first six mintues, the tone was set for the game. Ronan Kennedy finished off a wonderful move involving Keith Beirne and Jordan Reynolds with a great point, the move highlighted by quick, accurate foot passes that exposed the Allen Gaels defence.

That score was followed quickly by points from Keith Keegan and Domhnaill Flynn, the Flynn score after good work from Beirne. James Flynn's free on 12 minutes stopped the bleeding briefly for Allen Gaels but points from Beirne (free), Ronan Kennedy after a trademark sidestep and Evan Harkin saw Mohill lead by five points after 23 minutes of action.

Three minutes later, the lead was 11 points as Keith Beirne found the net twice - for the first, Beirne made a wonder catch but then appeared to get away with huge overcarrying before he held off his man and blasted to the net. Seconds later, Jordan Reynolds was taken down and Beirne slammed the ball to the net.

A reeling Allen Gaels saw Diarmuid McKiernan make a good save to prevent a third goal and Ciaran Walsh got in behind Mohill's defence only to fist the ball over the.

Just as the game passed the 30 minute mark, Mohill attacked down the left wing and with everyone drawn to that side, an unmarked David Mitchell showed corner-backs can make good goal scorers by driving the ball past McKiernan for a third goal. Keith Beirne would add a point before the break to leave Mohill with a commanding 3-8 to 0-3 halftime lead.

Allen Gaels made changes at the break, bringing on Adrian Sorohan and Cian Beirne and it had an effect as Cian Beirne fired over and James Flynn added two frees. However, Allen Gaels were living on the edge with Oisin Madden crashing a goal chance off the post but they did add points from Domhnaill Flynn and Keith Beirne, the second a wonderful point.

Beirne then saw a goal bound shot saved by McKiernan but the Gaels had a bad miss of their own when Martin Raftery made a great catch, turned his man but blasted wide from about five yards out. Mohill went straight down the field and Oisin Madden was again denied a goal by a great McKiernan save.

Keith Beirne tapped over a free with James Flynn replying for Allen Gaels from a placed ball. Brian Mulvey shot badly wide while Shane Beirne had a chance of a goal when the ball was played across to him in space but he lifted his shot too high.

Either side of the water break proved benefical for Allen Gaels as Caleb Duffy struck twice for goals. The first game when Brian Mulvey's long delivery was caught by Duffy who turned and rounded his man, blasting home from close range. The second came when Martin Raftery's high shot dropped short, Duffy pouncing on the loose ball to blast home.

In between the two goals was a free from Keith Beirne but from there to the finish, it was Mohill who would dominate the scoring. Ronan Kennedy caught, turned and shot over from 35 yards in one fluid movement on 52 minutes while Beirne, Flynn and Beirne (free) extended their lead back to 11 points.

Allen Gaels, to their credit, kept battling away, adding points but some bad wides cost them dearly and all they could manage was a late point from Martin Beirne two minutes into added time, leaving Mohill convincing winners.