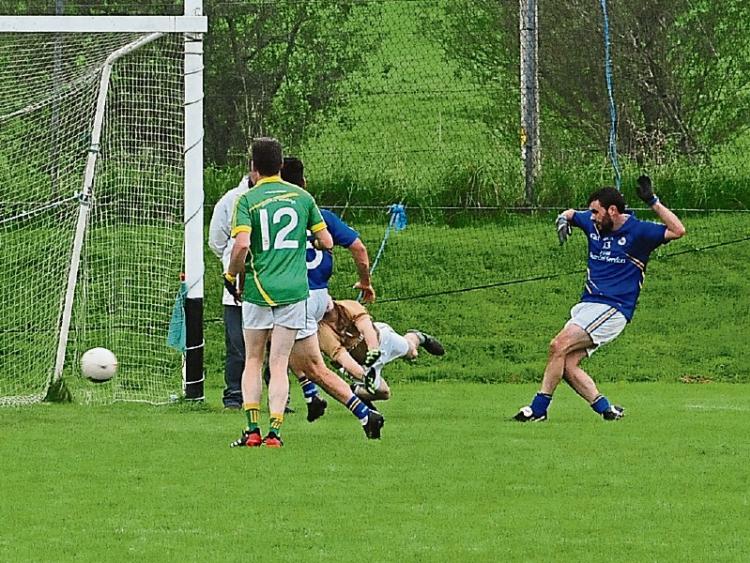 The victory might have been expected but I'd imagine even Aughawillan were surprised at the ease of their comprehensive victory over neighbours Drumreilly in Sunday's Senior Relegation Final in Pairc Sheain Ui Eslin, Ballinamore.

From the word go and right through to the finish, Aughawillan were faster, stronger and far more intense than their injury hit neighbours who seemed resigned to their fate from early on such was the obvious superiority of the winners.

Drumreilly kept battling and battling but they came up against a driven Aughawillan who were at full-strength for the first time and could still absorb the loss of Sean Fox to injury and a black card for Rory McTague and still dominate the contest.

For Drumreilly, it is a sad end to a spell in the senior championship where they defied the odds and really made a superb contribution to the competition. But time, tide and injuries wait for no man and they head for the Intermediate championship next year.

Aughawillan showed they meant business from the very first whistle, so much so that Ciaran Gilheany pointed after a Pearce Dolan run after just 15 seconds. He added two more points and two wides as Drumreilly could barely get out of their own half.

Aughawillan did suffer a major blow with a serious injury for Sean Fox but they were hardly weakened with Noel Plunkett coming on. The scores continued with two Morgan Quinn frees before a foul on Nigel Maguire allowed Conor Gaffney to open Drumreilly’s account with a free after 16 minutes.

The scores continued to flow for Aughawillan with Mark Plunkett, Gary Plunkett from a mark and Pearce Dolan all firing over with only a Raymond Fee point in response for Drumreilly who could thank Damon Maguire for making a great save to deny Gary Plunkett a goal.

Aughawillan did suffer a blow when Rory McTague received a black card for a tackle off the ball but it made little difference as they continued to roll over their neighbours. Morgan Quinn, Gary Plunkett and Ciaran Gilheany all added points in an extended injury time with one from Stephen Meissner in response.

The icing on the cake for Aughawillan came when Daire Maxwell and Michael Quinn combined to set up, Quinn’s handpass across the goal collected by Morgan Quinn who buried the ball in the net despite Drumreilly’s protests for a square ball.

That left Aughawillan with a 1-12 to 0-3 halftime lead and the second half was more of the same although Aughawillan did begin to hit a lot of careless wides. There were points from Noel Plunkett, Sean Quinn and Noel Plunkett in the third quarter with a Nigel Maguire point in response.

Aughawillan keeper Colin Maguire made a good save from Fee with the resulting fifty slipping through a defender’s hands and hitting the post. A goal did come after 47 minutes when Morgan Quinn’s shot rebounded off the post and fell right into the hands of Michael Quinn for what was virtually a tap-in.

Aughawillan would add points from Morgan and Michael Quinn and Ciaran Gilheany while Colin Maguire made another good save to deny Drumreilly a goal.

Drumreilly did register a three pointer in the final minute of normal time when James Holohan saw a close range shot foot blocked by a defender and Nigel Maguire expertly put the ball away. Even with that, Aughawillan still had the last word with Michael Quinn tapping over an injury time point to complete a 18 point victory.