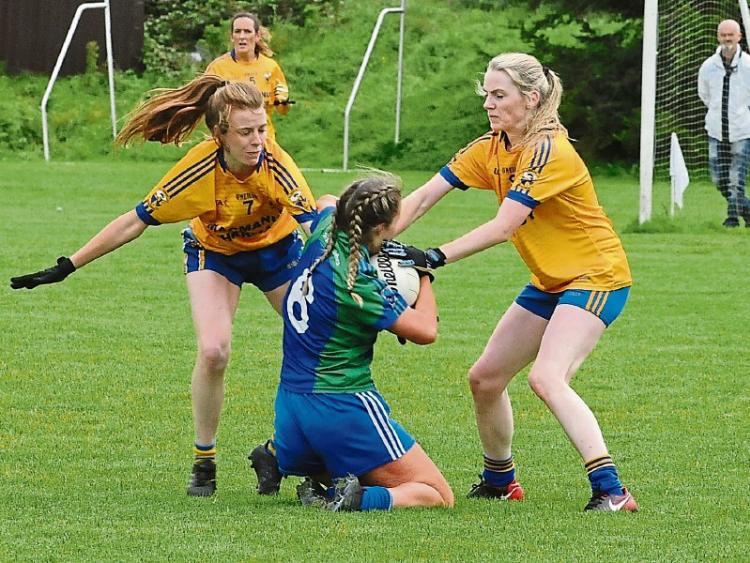 Maybe I'm losing my mind but I just can't get the refrain of Queen's 80s smash hit “Hammer to Fall” as I get the feeling that, right now, it seems like the entire sporting community in Leitrim is waiting for the hammer to fall!

If you don't know the song, check out YouTube and catch Freddie Mercury's typically energetic performance of “Hammer to Fall” - the way he has a stadium of 80,000 screaming fans in the palm of his hand shows you just why the Queen frontman was one of music's great performers.

But I just can't get the refrain out of my head: “We're all just waiting for the hammer to fall” and, trying desperately to forge a link, it seems we're all waiting for a hammer to fall after the outbreak of cases in the county last week.

There has been heated debate about the ban of crowds at sporting events and typically, some observe the law better than others while some want to shoot the messenger - just ask Willie Donnellan about taking photos at matches right now!

But we all got a swift reminder that this damned virus still had the potential to bring all sporting activity to a halt last weekend when Kiltubrid Mens & Ladies clubs and Carrick Town FC shut down activities in a decisive and commendable manner.

So right now, I guess I'm one of the many people anxiously scanning the daily briefing of Covid-19 figures, wondering if it is a temporary blip or the harbinger of something more serious.

Anyway, in a seamless change of subject, there are eight teams “waiting for the hammer to fall” next weekend when the Senior and Intermediate Championships get back underway with four fascinating contests.

The hammer is definitely going to fall on someone, one way or the other, because there has to a decision on the day with extra-time and then penalties if the contests are level at the end of normal time.

Semi-Finals are notorious games - some say they are the worst place to lose, worst even than losing a final because at least when you get to the final, you have that achievement along with all the excitement, pomp and circumstance of County Final Day!

Then there is the dreaded, if somewhat unusual position, problem of performing too well on semi-final day - you're immediately favourites for the final and you wonder if you can repeat the same performance on the big day!

No, conventional GAA wisdom would rather you stumbled across the line, a stuttering, even lucky, victory that takes the pressure off and leave the opposition thinking all they have to do is turn up! Problem there is that the best teams tend to perform day in, day out so that's why they are favourites in the first place!

Glencar/Manorhamilton Ladies know what that feels like - they're back in their third final in a row but this time, they defeated their nemesis St Joseph's to reach the final so they're feeling pretty good about themselves now - and rightly so! But they're also wary and they know the drill, quickly talking about the job not being done yet!

Ballinamore and Kiltubrid meet in the other semi-final next Sunday to see who meets the north Leitrim side in the final. It won't be easy for both these teams to be at their best, particularly Kiltubrid, after the week they've just had, worrying about far more important things than a football match!

Maybe the semi-final will be a release for both of them but whoever wins will have a scant week to recover and prepare - not exactly ideal.

Finally, a word of congratulations to the county's athletes, young and old who medalled last weekend at their National Championships in Santry.

You can read all about it on the opposite page but if you're giving out about Covid restrictions for sport down here, consider that no spectators or coaches were allowed in watch their athletes last weekend, even those under 18.

Athletics fans are no less fanatical than any other sports fans but even with notice of the restrictions only coming at the gate, they were obeyed so maybe obeying the guidelines is possible if you want to obey them!