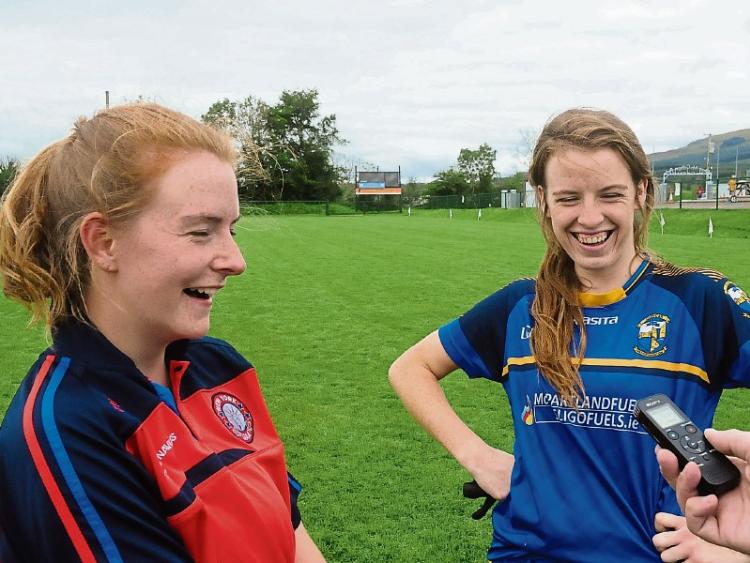 Some people will tell you should never celebrate a semi-final victory but it was understandable to see and hear the joy among the Glencar/ Manorhamilton players last Sunday after they finally got the better of St Joseph’s.

Back to back defeats in County Finals for the north Leitrim standard bearers have been tough to bear but from chatting to joint captains Eimear Feely and Rebecca Rooney, you have a real sense of the happiness and relief in the Glencar/Manorhamilton camp.

Asked for reaction to the victory, Rebecca said “It’s brilliant, we’re chuffed, it is brilliant to finally get over Joes but now it is time to refocus and get set for the final. It is a great feeling to get over them, especially after the last two finals.”

Eimear looked ahead to the final but admitted that their frequent battles with St Joseph’s meant they knew each other inside out! “We know each other too much! Whether it is the first game of the championship or the semi-final, whatever it is, I think we’re always out to get each other.”

As for who they’d like to meet in the final Eimear has no real preference: “It was a tough battle today, the girls just worked so hard as a team. We don’t know who we’d like to meet, Ballinamore are hot favourites so that is what we’re looking at.”

Rebecca echoed the words of her fellow defender and stressed that Glencar/ Manorhamilton have nothing won yet: “We really did work as a team, we’re so proud of everyone. We’re all grounded, we all know what the end goal is and we haven’t reached it yet. We’ll refocus again at training on Wednesday and we’ll go again.”