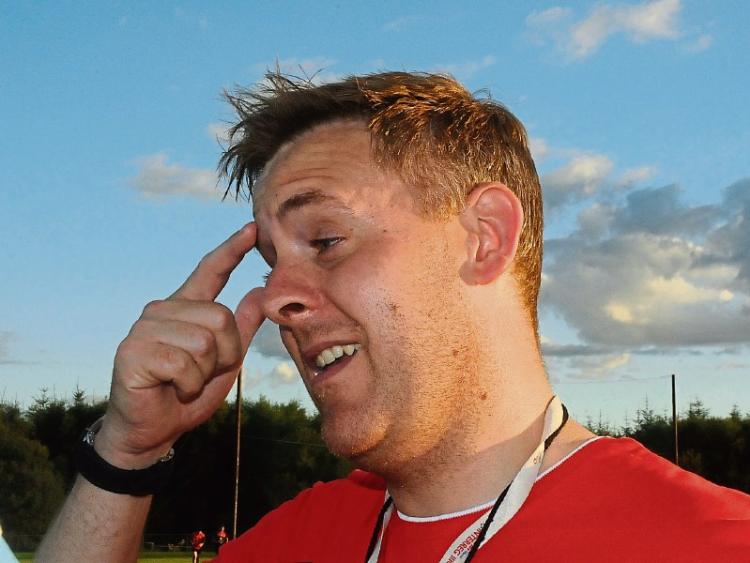 They may be self- acknowledged underdogs for next Saturday's Connacht Gold SFC Semi-Final but Fenagh St Caillin's young guns are determined to cause the shock of the season against Mohill.

That's the impression their manager Joe Flynn gives when he chats to the Observer, acknowledging the scale of the task ahead of his troops but confident of what they can achieve.

“It is a great opportunity for the lads, we’ve had a good campaign so far and we’re looking forward to what’s in store on Saturday,” said Joe, “Hopefully we can put in a good performance, stick to our game plan and hopefully things go well for us.”

“We’ve shown in the group game that we could compete with them and they will have probably taken note that day that we’re up and coming so it is going to be a new fixture, new match, they got the better of us that day and hopefully we can change the result next Saturday.”

Mohill really impressed in their semi-final destruction of Allen Gaels, Keith Beirne in particular lighting up the game but Joe knows the size of the task ahead of his team: “Keith is always going to be hard handled and Mohill are going to have their own issues marking our lads but we know the talent that Keith brings to the pitch.

“But they have talent as well in Domhnaill Flynn who is pulling the strings, Keith Keegan is playing great stuff and Shane Quinn is always a driving force for them. There are only so many fires you can quench, Keith Beirne will play a big part in it and we’ll have to do our best on the day.

“Mohill are seasoned campaigners and they have lots of young talent coming through like Jordan Reynolds, the Mitchell and the Harkin brothers. They have huge talent and they showed in the quarter-finals the damage they can do, the talent that is there.”

Joe's words about the threat Fenagh pose is not simply talk with their attacking trio Ryan O'Rourke, Oisin McLoughlin & Riordan O'Rourke backed up by some real talent around the field: “They are quality players, it is great to have them at training sessions, they test for our defence every day we go training.

“There is a good group there that have been competing at Minor and U20 championships for the last number of years, they’ve been playing at a high level so it is great to see them bringing that through to the senior grade.

“You have the likes of Donal Wrynn who has played intercounty for a long number of years and the other lads have been breaking into the panel so they’re playing football at a higher level. Likewise the U20s Owen McLoughlin, Conor Dwyer and Mark Keegan were operating at a high level earlier in the year.

“We’re just happy that they’re bringing that through and nothing is phasing them and that’s what I want to see.”

As for a verdict, Joe agrees that while Mohill are rightly favourites, his team are capable of making their own dreams a reality, starting with next Saturday's semi-final: “Every match is won on the day, there is nothing won yet, Mohill haven’t beaten us yet and it is up to them to go out and beat us.

“We’re not there to make up the numbers, our lads have their own dreams and hopefully we can make them a reality and that can start next Saturday.”