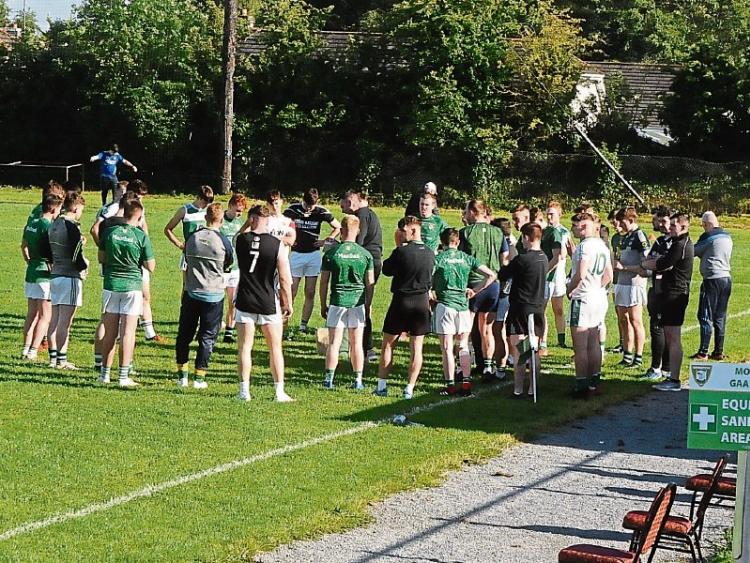 Victorious teams always talk about the strength in depth of their squad that drove them to ultimate glory, something that Liam Keenan stresses as he talks about his Mohill team ahead of this weekend’s Connacht Gold SFC Semi-Finals.

A highly rated Mohill team are probably the favourites for the Fenagh Cup, let alone the clash with Fenagh St Caillin’s but the former Longford star midfielder believes his job in producing a championship winning team is being made easier by the competition to get on the Mohill team.

“There is nothing like competition,” says Liam, “It just makes my life easier because lads are working that bit harder at training but the real headaches come midweek ahead of a big game, trying to pick a team. They are a very ambitious group of footballers, when they come to training, they really push it on and that is what we expect of them.”

That competition and the realisation that places on the team are there to be won is pushing Mohill on: “When you have a big panel, the hardest thing to do is first of all pick a starting team and then when you have to bring in a couple of lads to freshen things up, that is a nice headache to have.

“But the thing changes from week to week, if a lad picks up an injury, it opens the door for somebody else. We have great numbers out training which enables us to play 15 against 15 in training and I think that has sharpened up the lads something unbelievable.”

That form is seen on the pitch with Mohill averaging an incredible 21 points a game, form that pleases their manager: “We’re just delighted with the way we are playing and I think we’re at our best when we are moving the ball fast. We have good men who are able to win their own ball, move the ball fast and take their own scores so I’m very happy with how we’re going at the moment but stiffer tests to come.”

Those stiffer tests include a Fenagh St Caillin’s team Mohill have already met in the group stages, a two point victory meaning Liam and his team won’t take anything for granted: “Any of the teams we were going to draw after the quarter-finals would mean a very tough game. Fenagh are a very good side.

“On the day, it was a very, very tight game the day we played them in Mohill. They did miss a couple of chances they would probably take on another day but it all boils down to next weekend. They are very, very good, they are strong around the middle and they have some deadly forwards so they are going to take some looking after next Saturday, it is going to be very tough for us.”

There must be a temptation to change styles and maybe adopt a more conservative approach but Liam is unsure: “It is very hard to change something that is working well for you but at the same time, we have to be very cautious of Fenagh. They have three or four lads in the inside forward line who are very, very good.

“They can win their own ball, kicked in any way, high or low or in front of them, They are well able to win the ball and when they win it, they are deadly. But I think when you have good players, the temptation is always to try and play the game the best way it suits us and the way that suits us, with the quality of forwards we have, is to attack but we also have to be very conscious of our defence at the same time.

As for a prediction, Liam is pragmatic: “We’re looking forward to a really tough game. I think if we perform to the best of our ability, we hope that we have enough to get over the line. That’s all we can hope for. We’re under no illusions, there was only a couple of points between us and Fenagh the last day and I can’t see there being that much in it this time, to be honest.

“It is going to be a tough game and I expect nothing else at this stage to be honest with you.”