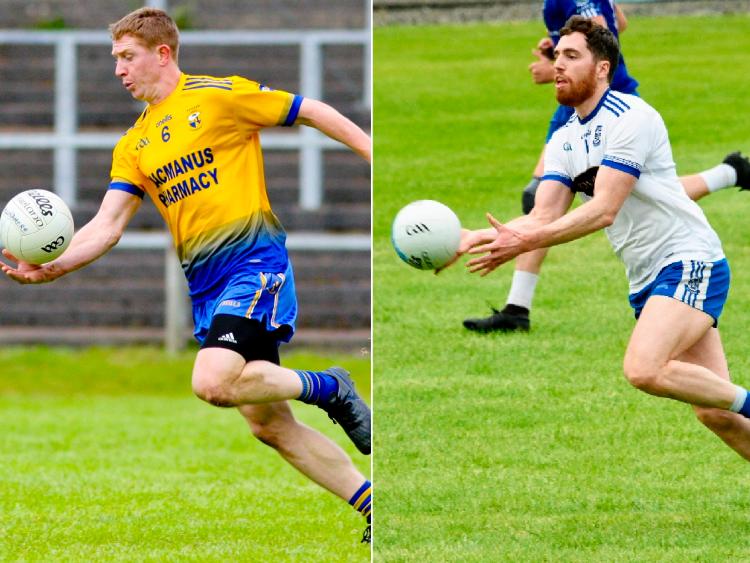 We often talk about how a team's bench might decide who wins a championship encounter but when it comes to Glencar/ Manorhamilton and St Mary's Kiltoghert, it may come down to who both teams can keep on the field.

If that is a stark statement, it is because it is true - just consider the injury list both teams are suffering.

In Glencar/Manor's victory over Ballinamore, Adrian Croal (ear), Gerry Hickey (hamstring) and Thomas McDonald (leg/ankle) all had to be helped from the field while St Mary's quarter-final was blemished by a broken wrist for impressive youngster Oisin Bohan, adding to a growing list that already includes Diarmuid Kelleher, James McGrail, Adam Reynolds and Jack Matthews.

This year's championship may have produced some wonderful football but it is also producing injuries aplenty and who manages to get the most of their better players on the field for longer is hard to know.

On paper, this would seem like an easy one to predict - Glencar/Manor cut through the group with just one loss and then destroyed Ballinamore's challenge the last day out, a late goal putting a real gloss on the scoreline as they squeezed the life out of the team they defeated in last year's County final.

Anyone who witnessed that display can't but be impressed - the pace of Brian McDonald, Conor Dolan, Niall Brady and Evan Sweeney punched huge holes in Ballinamore's defence and their own massed defence shut down a Ballinamore attack that stuttered and stalled completely.

What was most impressive was how Manor hung on in there during the opening 10 minutes and then just stamped their class on the game. They play the game on the edge, are abrasive and work incredibly hard and that's the basis for many a winning team.

In terms of stats, Glencar/ Manor have an edge with 14.8 points a game for and 12.8 against to St Mary's 14-2 for and 16.2 against. Yet those stats are somewhat misleading as St Mary's have been averaging almost 20 points a game in their last three games and are a different proposition to the team who scored just seven points against Mohill.

St Mary's transformation remains the most remarkable of the entire championship and many are counting them as real dark horses and they keep doing it game in game out despite losing key players in almost every game.

They might have an influx of young talented players who are making a big impact but they aren't exactly a young team either. But what they are is a team with pace and a growing momentum, the Carrick men are definitely getting better with each and every outing.

They came through the tougher group 1 and comfortably saw off a Melvin Gaels team that beat the Manor men by six points in the group stages, their only loss of the campaign so far.

So who wins out?

If it is a shootout or St Mary's jump out to an early lead, the odds are in the Carrick men's favour. They like open, fast moving football and the last thing they'll want is to get bogged down in a defensive battle.

Unfortunately for them, that's exactly what the defending champions will look to do - Glencar/Manor sucked Ballinamore into that trap, sending them down dead ends, the turnovers almost as good as a score at the other end. And they'll look to repeat the dose against Mary's younger players.

Sean Boylan is a new face at the helm but he has integrated some new faces and kept the battle hardened template that served them so well. It is not likely to be pretty, they but it is hugely effective and Manor are masters at making it work.

Injuries, of course, could come back to haunt them, the champions will need to be at full strength team to frustrate a fast moving and exciting Carrick side who are growing in confidence and really gaining momentum.

I'm giving the vote to Glencar/Manor, their resilience and know how could be key in a tight encounter but a St Mary's win wouldn't be a surprise. They can match Manor for pace and they are a coming force. However, that day may not come this weekend - Manor to march on.