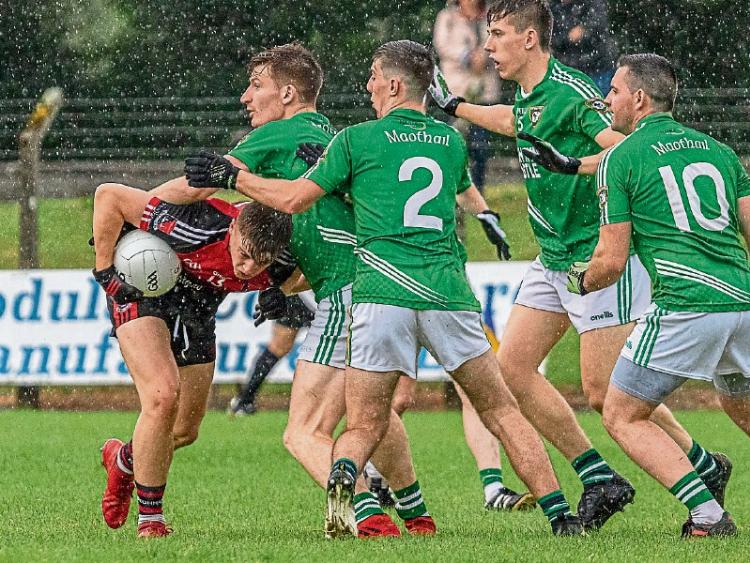 When you look at the stats and see that Mohill are averaging 21 points a game and Fenagh St Caillin's are hitting 17.8 points a game, you start licking your lips expecting this semi-final to be football's equivalent of an old fashioned shootout!

But football often has a funny sense of humour and I've lost count of the number of high profile games in this county we've expected an attacking feast only to witness a dour, arm wrestle decided by a stroke of genius.

You only have to look at the meetings of Mohill and Glencar/Manorhamilton in a few county finals to see that we don't always get what we expect. Indeed, you don't have to go that far back - just look at the group stages meeting between the teams!

Granted awful weather that weekend reduced games to a lottery but the 1-11 to 1-9 scores registered by both teams was their lowest in the championship so far. Now, we're hoping for good weather but the fact that these teams have a lot of history underage might mean we get a dogged encounter rather than a classic.

It seems to strange when you consider the forward lines on show - Mohill may be relying on Keith Beirne a little too much for my liking, it leaves them vulnerable if he gets injured or is bottled up but Ronan Kennedy, the Harkins, Jordan Reynolds and Domhnaill Flynn are all proven scorers and that is without Fiachra McGuinness or Ronan Gordon.

Mohill's playing strength is probably the strongest of the remaining four teams and they don't seem to have any serious injuries going into this game.

Their swarming and mobile defence is suited to Fenagh's brilliant roaming trio Ryan O'Rourke, Oisin McLoughlin and Riordan O'Rourke but closing that trio down is easier said than done and it may need extra cover, something that is likely to lead to a congested, tight battle rather than a shootout.

Defensively, Mohill would be regarded as having the stronger hand with Alan Armstrong, Danny Beck, Shane Quinn, James & David Mitchell, Oisin Madden and Ronan Gallagher among their options.

I'd have been one of those slightly doubting Fenagh's defence but the manner in which they stood up to Leitrim Gaels was remarkable although their average concession of 14.8 points is only surpassed by St Mary's somewhat misleading tally.

Midfield, as always, could be a decisive area - Donal Wrynn has been immense in all the games so far for Fenagh, really leading by example without doing anything too flashy and driving his team on. They will need him at his best up against Mohill's forces.

Keith Keegan and Shane Quinn started in the quarter-finals but you have Caillin Canning, Domhnaill Flynn and Ronan Gallagher all capable of doing a job in that area.

I've got to say that I came away from the quarter-finals in awe of Mohill's strength, speed and unity of purpose but I wouldn't be surprised if Fenagh pulled off a major shock for they have a history at underage level with Mohill and they won't feel any fear.

They met in the group stages as we've already said and the big impression from that game is that Mohill were lucky to emerge with the victory as Fenagh kicked a lot of bad wides and Padraig Tighe made a succession of brilliant saves.

The keeper could be Mohill's secret weapon, he has been superb this year and Fenagh's forwards have the added pressure of knowing it will take something special to beat him.

There is a school of thought out there that Fenagh are the team with momentum and are getting better with each and every game. They certainly are, on both counts, but Mohill have been consistently good from day one - they felt they left a championship behind them last year and it is clearly driving them on. Mohill to win a battle.