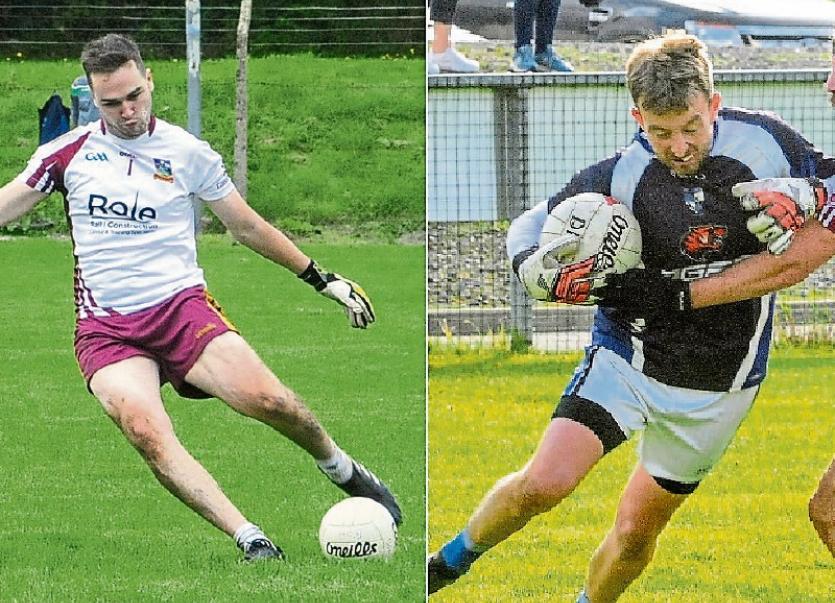 If this was boxing, this intriguing clash of Annaduff and Carrigallen would be termed the undercard to the main event that is the meeting of Gortletteragh and Dromahair in the other semi-final.

I've even heard some speculating if the other semi-final might have the tag “the real final” but that would be a tad premature when you see what both these teams bring to the table. And just like the other semi-final, it is a repeat meeting that leaves you wondering if the first game will teach you anything at all!

Annaduff seemed to live up to their billing as one of the favourites for the title when they smashed Carrigallen apart in the first half, leading 1-8 to 0-3.

But no more than Dromahair & Gortletteragh, Carrigallen regrouped and actually finished the second half level at five points apiece with Annaduff so I am sure they will believe that a better first half will go a long way for them.

Statistics from the five games each team have played to date would suggest that Carrigallen will want a tight game where their ability to battle and eek out a result would cause Annaduff some problems.

The scoring returns would seem to bear that out: Carrigallen have the lowest average score per game at 11.2 points a game and the highest concession rate at 13.2 points a game of the four teams left in the competition.

Annaduff's figures in comparison at 13.2 points a game for and 12.2 a game against, two figures that illustrate the task facing Carrigallen - they haven't bettered Annaduff's average in any of their five outings, scoring 13 points twice.

Annaduff, however, would be wise not to get too confident as there is a scant 1.2 points a game average between their two figures and Carrigallen hitting a bumper day or plundering a few goals could negate all those stats.

One ray of hope might be the fact that the only team with a worse goal scoring record than Carrigallen is Annaduff themselves, finding the net just one to the two times Carrigallen have scored a goal.

Both teams have plenty of close encounters in this game with three of Annaduff's games being decided by two points or less but crucially, Annaduff have come out on top in all three games.

Carrigallen had a one point loss to Dromahair, somewhat unlucky by the reports, and a one point win over Drumkeerin in the quarter-finals showed that they can win the tight games too when the stakes are at their highest.

Dromahair were relegated last year from the Senior grade, Carrigallen five years ago but the north Leitrim men never managed a senior final appearance the way Carrigallen did back in 2009. Those glory days are a long way back but when you have players like Enda Lyons, Gary Reynolds and Eoin Ward in your ranks, there is a world of experience there.

Annaduff were in the Intermediate final just two years ago, taking a Fenagh St Caillin's team who have impressed so much this year at senior level, all the way to a replay so there is experience mixed with quality.

They've lost players from that final appearance with David Duignan, Ronan McCormack and Keith Duignan missing from the ranks but a youth policy that started a long time ago is started to reap dividends for Karl Foley's team.

They still have the wily old fox that is Ray Cox there leading the way, leading by example and with six points when the pressure was on in the win over Bornacoola but the scoring burden is being carried by Sean McNabola and Alan Glancy.

Somewhat fortunate to get a win over Kiltubrid the first day out, Annaduff have steadily improved, apart from a big blip against Dromahair. They've regrouped since and showed they can win in tight encounters.

But Carrigallen have undoubtedly improved too from their first round loss. They might have got into the quarter-finals with just one win but they were much closer than the scoreline suggests in a lot of games. And you get the feeling that belief is growing in Carrigallen that they can pull off a big win here.

Carrigallen will want to keep it tight and close, striking at just the right time but I'm going to give the nod to Annaduff here. They've shown enough resilience, coming three times from behind to defeat Kiltubrid, Gortletteragh and Bornacoola.

And in a tight game next weekend, that sort of form might just be enough to see them through to the final once more.