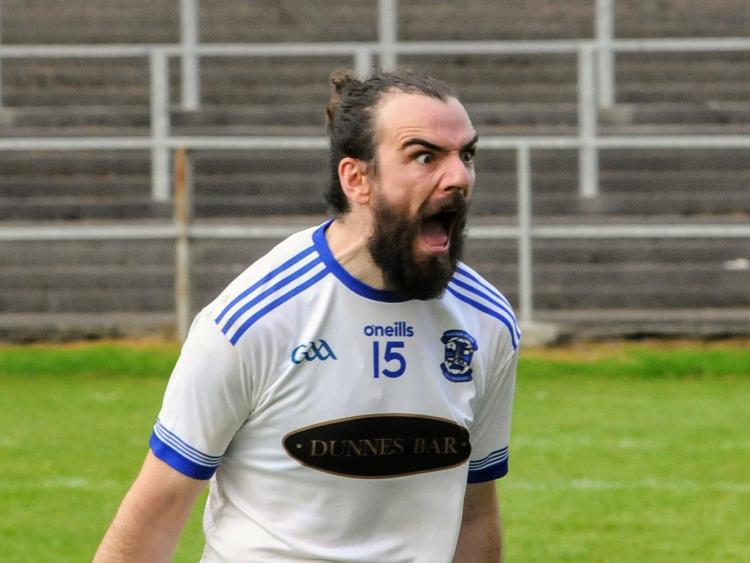 Glencar/Manorhamilton's reign as Connacht Gold Leitrim Senior Champions came to an end on Sunday as a composed and brilliantly drilled St Mary's Kiltoghert proved too speedy and too clinical in Avantcard Pairc Sean Mac Diarmada.

Previewing this game we expected Glencar/Manorhamilton's vast experience to see them through as they flooded defence and hit on the break but it was St Mary's who took that self same gameplan and imposed it on the defending champions, hitting them on the break in the second half for two crucial goals.

The teams were locked on two points apiece at the first water break but whatever manager Denis Connerton said during the break, St Mary's came out a much different team, hitting six unanswered points to take control of this game.

Glencar/Manor had the wind in the second half and although they started to close the gap to four points, St Mary's ability to hit them on the break and match them score for score proved vital and when David O'Connell palmed a Ray Mulvey pass to the Manor net eight minutes into the second half.

That put the Carrick men seven up and although Sean Boylan's team made almighty efforts, St Mary's defence stood tall and they sealed victory when Paul Keaney confidently stroked home a penalty after Brian Farrell was taken down with seven minutes to go.

It means St Mary's Kiltoghert will face Mohill in this year's final, a repeat of last year's League Final and a repeat of the second game in the group series, a game that led to a transformation in St Mary's season.

The early exchanges were tight - Robbie Lowe from a mark and Ronan Flynn swapped early points as St Mary's missed some good chances. Conor Dolan's free edged Glencar/Manor in front but a monster 50 yard Paul Keaney point on 15 minutes ensured the teams were level at the first water break.

Coming out of the break, St Mary's simply took off - Alan Doherty palmed a Daire Farrell cross over the bar, almost a goal, while James Glancy's interception led to a 40 yarder from Paul Keaney from the wing. Doherty and Lowe both converted frees before Daire Farrell swept back to back 50 yard bombs over the Glencar/Manor bar for a 0-8 to 0-2 halftime lead.

With the wind behind, Glencar/Manor looked for a good start and got it with early points from Niall Brady and Conor Dolan (free) but St Mary's hit back with a Alan Doherty point. Conor Dolan broke a tackle to score a fine point but a Brian Farrell run led to a well taken David O'Connell score on six minutes.

Back came the champions with a lovely Evan Sweeney point but the game took a huge turn on eight minutes when Ray Mulvey gathered the ball some fifty yard out on the stand side. His run didn't look that fast or that dangerous but it took him all the way to the endline and past James Rooney and when he fisted the ball across the face of goal, a flying David O'Connell seemingly arrived out of nowhere to palm the ball to the net.

That gave St Mary's a seven point lead and while Conor Dolan pulled back a free and Evan Sweeney scored from play, St Mary's were able to hit on the break, Robbie Lowe converting a free after Conor Dolan was penalised for overcarrying.

Brian Farrell was a lucky man not to receive a black card for a high foul on Conor Dolan with the free getting cleared but Darren Sweeney hit a trademark 50 yard effort with ten minutes of normal time.

Again, back came St Mary's and they really killed the game in the next two minutes - first Paul Keaney made a huge catch from the kickout above Darren Sweeney and ran 50 yards to score, although Manor bitterly complained that he has fouled Darren Sweeney as both went up for the catch.

St Mary's then struck for their second goal - both sub Joe O'Rourke and David O'Connell looked to have scoring chances but O'Connell found O'Rourke in space. He in turn found Brian Farrell who was certain to score a goal only to be taken down by three Glencar/Manor player. Penalty awarded and penalty converted by Paul Keaney to effectively win the game.

Conor Dolan scored a good point from play followed by a Evan Sweeney but Paul Keaney's free was knocked back for Joe O'Rourke to score with less than three minutes left. Aaron Hickey responded with a free but good work from subs Brian O'Donnell and O'Rourke set up David O'Connell for a point.

Glencar/Manor put huge pressure on and sent a couple of frees and fifties into the Mary's goalmouth. Thomas Coyle did win a free that didn't look like a free as a defender got a hand to a long ball into Thomas Coyle but if it was a free, it should have been a penalty for it was in the large parralellogram.

Aaron Hickey's low free was blocked and despite an outbreak of handbags, all Glencar/Manor could manage was a late Evan Sweeney score as they surrendered their Senior Championship title to a dominant St Mary's.