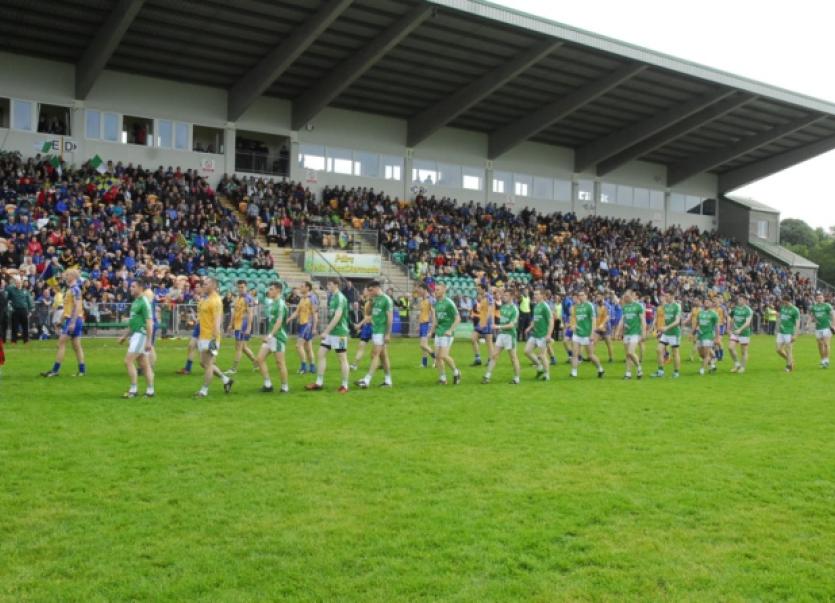 Leitrim GAA have released details of their plans to accommodate fans at the remaining rounds of the Leitrim Club Championships following the Government's release of their Living With Covid-19 plan on Tuesday.

In a statement on their website on Wednesday morning, the County Board revealed that all of this weekend's Vistamed Junior Football Championship games were subject to a maximum of 100 spectators allowed under the Government's framework while the Connacht Gold SFC and Smith Monumentals IFC Finals in Avantcard Pairc Sean Mac Diarmada would see the allocation of 200 tickets split between the competing clubs.

The Board have stressed that there will be no admission to any game without a ticket but that players, team officials and match officials are not considered part of the allocation. They also stress that they do not anticipate more than 100 spectators attending this weekend's Junior Championship games.

The statement in full is as follows: "Following yesterday’s Government announcement and publication of the Living with Covid Plan, the return of spectators to matches has been made possible midnight September 16, albeit under certain conditions. As a result of this announcement, a maximum of 100 supporters in total may gain access to this weekend’s Vistamed Junior Football Championships quarter-finals, semi-finals, and playoff games, given the venues that these matches are taking place.

"The admission fee for these games will be €5 per adult and the host club will retain the gate receipts to cover ground rent and other associated costs that accrue with hosting these games. It is not anticipated, in the main, that the attendance at these games will be in excess of the 100 persons allowed.

"As regards the Smith Monumentals IFC Final and Connacht Gold SFC Final which are due to take place on 26-27.09.2020 and will be live-streamed by Leitrim GAA, the fact that these games will be scheduled for Avantcard Pairc Seán Mac Diarmada which has rated capacity in excess of 5,000, there will be a maximum of 200 spectators allowed entry to each of these finals. Each participating club will be allocated 100 tickets for sale to supporters at €15 each.