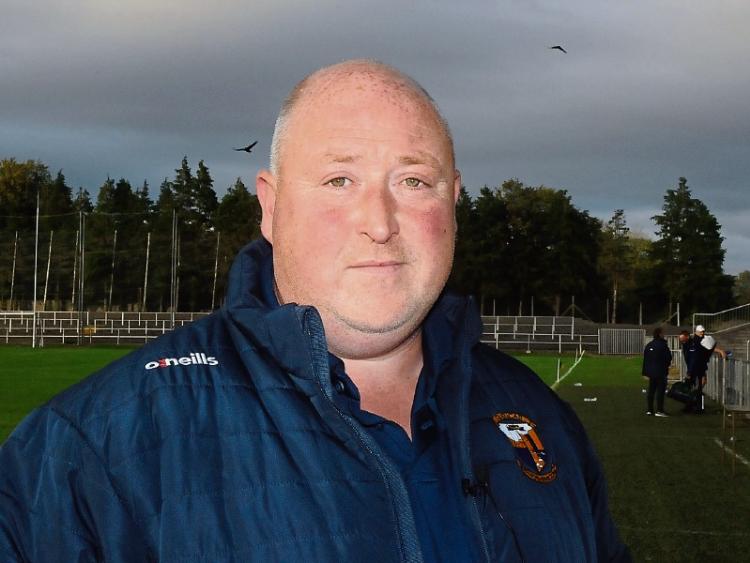 Finding words to explain a loss just a few scant minutes after that defeat is one of the jobs they never tell a manager about when they appoint them to the job but Sean Boylan didn’t shy away from the task last Sunday evening.

An obviously hurting Sean had just seen his Glencar/Manorhamilton team lose their grip on the Fenagh Cup, suffering a 2-14 to 0-13 loss to St Mary’s Kiltoghert, but he promised that the north Leitrim men were not going away.

“The one thing our lads will never do is throw the towel in, they died with their boots on,” agreed Sean when asked about how his team had never let up despite St Mary’s big lead, “It is just a tough day at the office, these defeats are hard to take. We will try and go on again next year.”

Analysing where it went wrong for the defending champions was relatively simple with the former keeper pointing to the Carrick team’s surge in the second quarter: “In the first half, it was two points apiece at one stage and we were trying to probe and open up spaces, we started to kick ball into inside forwards when there was no need to do, rather than recycling it around the middle of the park.

“The second quarter of the first half did the damage, we were reasonably comfortable in the first 15 minutes, we did a few silly things and they got a march on us, something we could never recover from.”

A few injuries and the absent Gerry Hickey didn’t help Manor’s cause but typical of their manager, Sean refused to hide behind excuses and was full of praise for St Mary’s: “Gerry was a big loss to us from the start, he’d be playing that kind of holding role but look, we didn’t get beaten because Gerry Hickey was there today.

“I have to give Carrick praise there as well, they have a good young team, they are a team that is probably coming up, credit to them today, I think they fully deserved their victory.”

The manager was also full of praise for his own legendary warriors who have brought so much glory to Glencar/Manor and Sean hopes that the majority of them will stay on as a new generation is introduced to senior football in the coming years.

“These lads are a credit to their club, they’re on the march for God knows how many years - you saw them yourself today, they kept going to the very end. I’ve said to you before that you can’t beat a bit of youth and experience.

“We’ll be trying to hold onto these lads for the next year or two and trying to get some of that good U17 team in, soldier with them and try to teach them a thing or two. It is a tough day at the office today but I’m long enough involved with football, I know these days come and we’ll be back again, we won’t throw in the towel.”