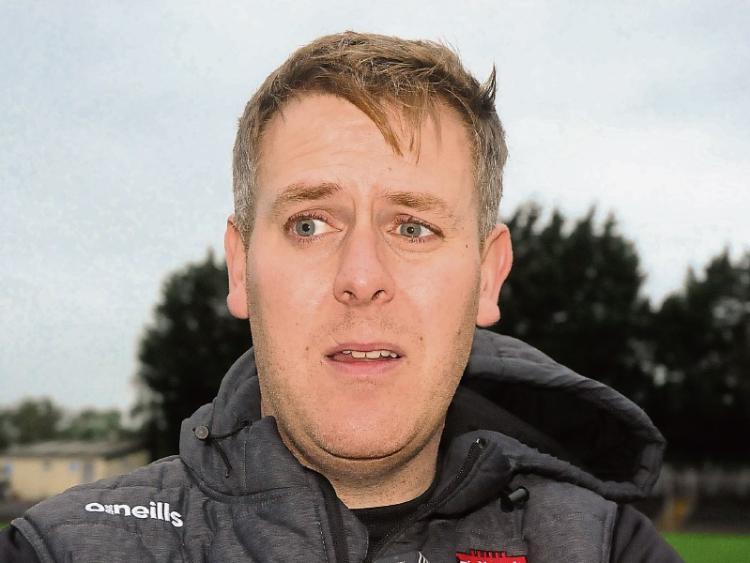 Semi-Finals are notoriously difficult places to be when you lose but even in the midst of deep disappointment, you sensed that Joe Flynn was already plotting a bright future for an emerging and exciting Fenagh St Caillin’s.

Fenagh’s journey came to an abrupt end on Saturday evening in miserable conditions in Avantcard Pairc Sean Mac Diarmada when Mohill prevailed 1-16 to 2-7 but Joe feels that the experience of losing this game will drive a hungry young team on in the seasons ahead.

“They will learn so much from knockout football, they are going to learn a lot from today,” Joe told the Observer, “They are going to learn about the pace of the game they need to get up to that. They’ve been operating at intermediate level for a long time and there are a lot of players making their debuts at Senior level.

“A lot of them are only babies, they were celebrating their Leaving results this week so the team is a work in progress. They have come along and there is a couple of players to develop and come in next year. We’re not looking at who we might be losing, we’re looking at who we will be gaining.

“There is a lot of potential in this team, there is still a lot of development in this team - maybe a winter of strengthening them is going to go a long way with them.”

But back at the present day, Joe could only admire the way Mohill, and Ronan Kennedy in particular, went about dismantling their challenge: “Our lads are going to learn a lot from a semi-final against Mohill, they are a well experienced, balanced team. They are driving from everywhere.

“Chick (Ronan Kennedy) is popping up, getting scores just that little bit easier. It just wasn’t to be. Ronan exploited that mark very well, in all fairness to them. They played the breeze probably better than us, we started forcing things and experience is always going to be a big team when it comes to semi-final day.”

“It was Mohill who got the scores, they just pushed on and we were playing catch up. It is disappointing, we know there is a lot more potential in that team, they just didn’t show in there today but they will be back, they are a very young team. They are very disappointed but they are going to learn from this today.