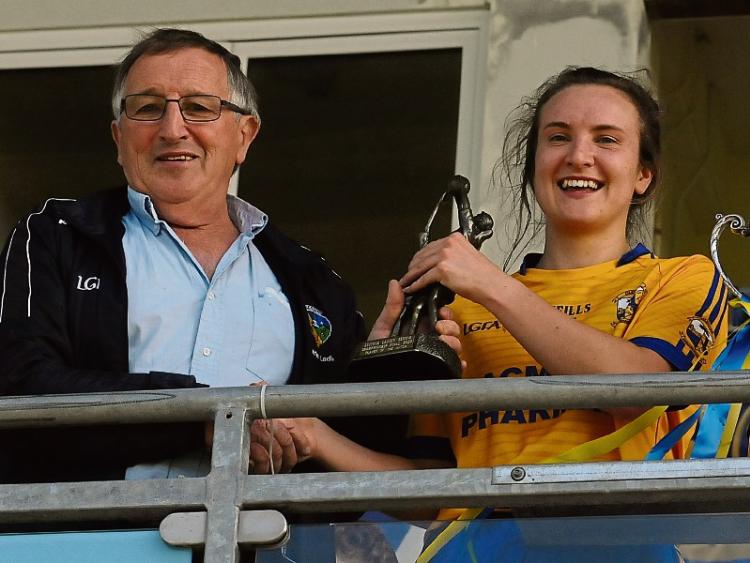 After losing the previous two finals, relief mixed freely with joy for Player of the Match Ailbhe Clancy but the Glencar/Manorhamilton and Leitrim star believes the roots of their Gotham Dry Wall Ladies SFC success were sown in defeat.

Ballinamore defeated the new champions in the group stages and Ailbhe admits that the defeat drove her and her teammates on to victory: “If anything that defeat nearly helped us regroup as a team. After that game, yeah, we had a big chat, each one of us looked at ourselves and see what else we can do to push on.

“We learned a lot from that game and it really pushed us on again, even during the next two weeks of training, we were so determined. It was like people were saying ‘Manor are going to win it, Manor are going to win it’ but after being beaten by Ballinamore, you can see the competition in Leitrim is very good compared to some of the other counties.”

After losing the last two finals, getting over the line was a big relief: “We’ve been up at Senior now for seven or eight years and to finally get over the line after losing two finals is just great. All over, I think we completely dominated every aspect of the game and we’re really, really happy.

“Obviously we wanted to win it this year and get it off our backs. If it didn’t happen this year, you don’t know where you’re going to go, you just have to reset from there. It happened for us anyhow and you see how much it means to us all over the pitch.

“Every girl worked their socks off and you can see from the red faces on all of us, and it is such a nice day as well, that we all worked so hard for it. We wanted it so we’re just delighted.”

Ailbhe also downplayed her Player of the match award: “I know everyone always says it is a team effort but it really is a team effort all over the pitch. If they didn’t win the balls, myself and Muireann wouldn’t be able to score.”

Ailbhe is also setting her sights on a Connacht campaign: “We’re looking forward to it, every game we go out we want to win. We’ve a very determined team and when you go to Connacht, the teams mightn’t know you as well. If it is a Sligo team, we will probably know them and they will know us. We’ll be going to win that as well, that’s the goal.”