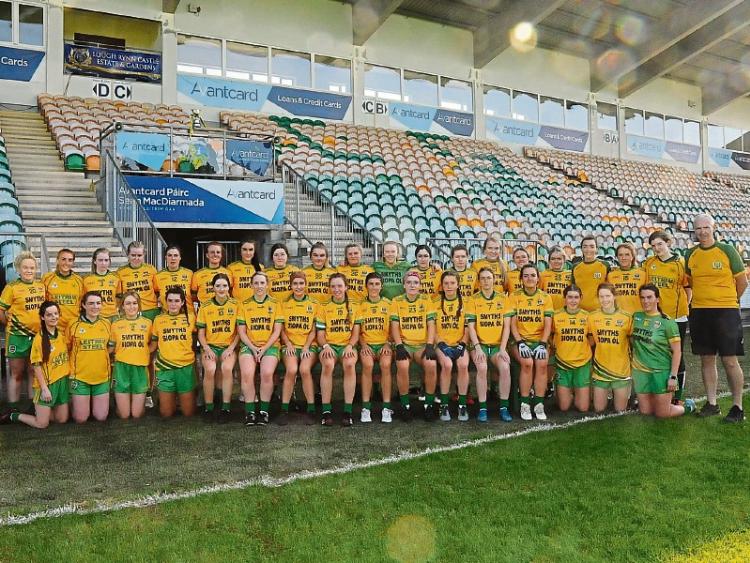 Never easy to talk after your team has suffered a heavy defeat on County Final day but Conor Harte said that his Ballinamore Sean O’Heslins team will look back on this year with pride while acknowledging that they have serious work to do to catch up with the new County champions.

Ballinamore had defeated Glencar/ Manorhamilton in the group stages but from the word go, the experience and strength of the new champions shone through according to Conor: “I think you could see three years of experience versus one in terms of the way they approached the game. They came out of the blocks quicker than us.”

Typical of the man, Conor turned the spotlight on the management team rather than his players: “We were probably a bit naive on the sideline in that we didn’t get our girls in position in time. We’ll go back and review it, there were all sorts of reasons but I have to say our girls gave it everything, it just wasn’t to be.

“The scoreline probably didn't necessarily reflect how tough the game was but you have to hand it to Manorhamilton, they were super on the day. We needed probably a bit of the rub of the green and for one or two passes to click and you know, it could have been different.

The presentation might have been barely over but Conor was already looking forward to a bright future for Ballinamore: “There are probably four or five girls that should have been making the first 15 and for various reasons didn’t so there is strength and depth there so we have a lot to work with.

“So I’d be confident that we will be there or thereabouts next year, we’ll have learned a big lesson from today and we’ll be back again.”

And he insisted that 2020 would be remembered as a good year for Ballinamore Ladies: “Losing games is always disappointing but it has been a fantastic year, we’ve enjoyed every bit of it. You know what, I’d say after an hour or two, we’ll reflect on this and say it was a great experience given the year that was in it.

There was a massive buzz in the town. But in the main, when we reflect on it, we’ve had a brilliant year, really enjoyable and we’ve a lot to work on when we come back next year.”