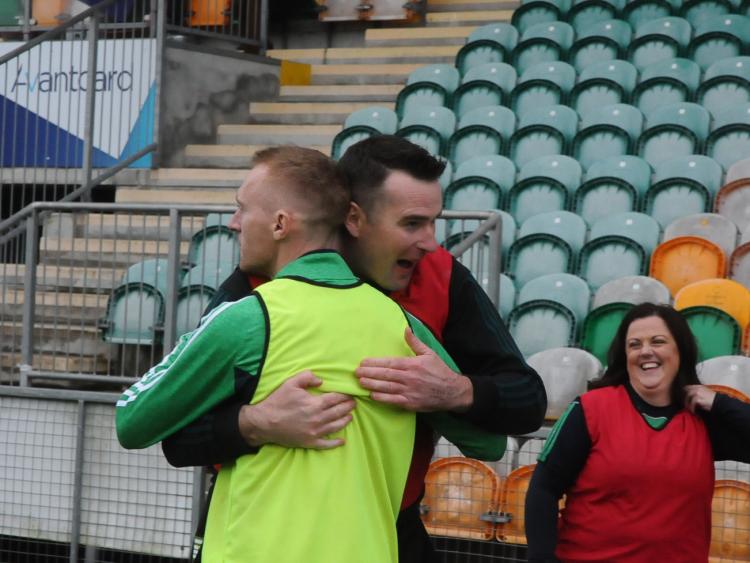 Speaking in a deserted Avantcard Pairc Sean Mac Diarmada after a long round of media interviews, Liam nevertheless graciously found the time for one more interview and he was in thoughtful form, reflecting on own interview after the first game of the campaign and what makes this Mohill group so special.

"You never like losing a game and be happy, that’s a strange situation to be in but we felt that we played very well that day," said Liam of their one point loss to Ballinamore in the opening round, "We conceded a sight of frees that day and it was something we looked to address going forward, we conceded 12 frees, ten of them were kicked and when you give any team that sort of platform, they’re going to be very hard to be beaten.

From those thoughts, Liam launched into an eulogy to his players that led Mohill to their eighth senior championship title thanks to a 0-14 to 0-9 victory over St Mary's Kiltoghert (REPORT): "I can’t say enough about these lads, there is no secret to what these men have done - it has been pure and utter hard work and commitment, they wanted this so much and they went after it and that is why they are County Champions today.

"If we have a big championship win, the first thing they do at training the next Tuesday night is they go into a huddle, they want to do well at training, they expect one and other to push the training on and that is what they always do, they always been exemplary.

"Anything we’ve tried to do, they’ve always been willing to do it, trying it, seeing does it work for them and today they set out their stall and they were brilliant."

When it came to taking the Mohill job, it was his predecessor, current Longford manager and two time championship winner with Mohill Padraic Davis who encouraged him to take the job: "When the opportunity arose, Padraic was the first person to ring me and tell me to go for it. He told me that I’d love it.

"He said they’d like me, I’d like them, I was hoping that would be the case but I suppose after playing with Padraic for so long, we’d be good old buddies, he told me to go and have a crack at it and I did. I suppose you have to go and make your own way after that."

And it was the disappointment of last year that drove the success of 2020: "Very disappointed last year John when we spoke after losing the semi-final, we didn’t perform. But when we looked back it, we felt we didn’t do enough work to perform so this year, the players themselves led the way, we went and we did the work. We have a good set up there and it showed on the field."

READ MORE FROM LIAM AND FURTHER REACTION FROM SUNDAY'S CONNACHT GOLD LEITRIM SFC ON WWW.LEITRIMOBSERVER.IE AND IN THIS WEEK'S LEITRIM OBSERVER