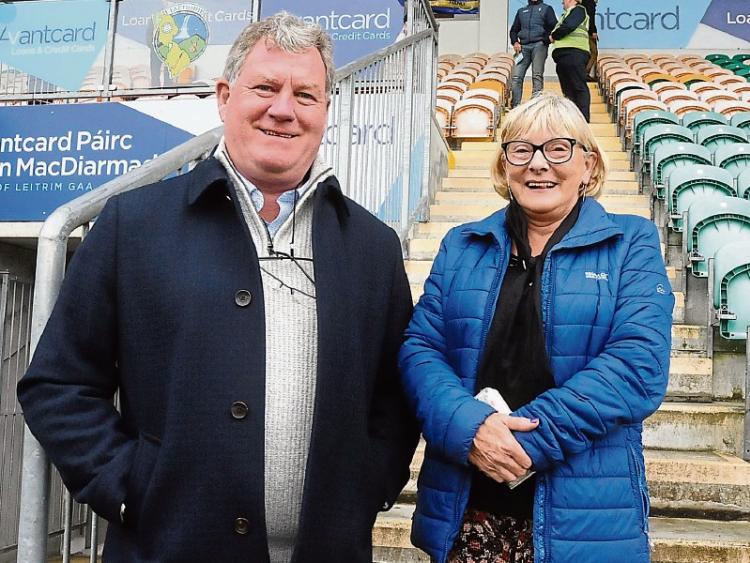 As the very short club season comes to a close, Leitrim hurlers and footballers are gearing up for a very short but hectic season after the GAA confirmed their inter county fixtures for the rest of the year.

With inter-county fixtures back on the weekend of October 17-18, Leitrim are back with a bang with the Senior footballers travelling to Newry for a Allianz NFL Division 3 meeting with Down in Pairc Esler.

On Sunday, Leitrim hurlers will look to win some silverware for the year when they take on neighbours Sligo in the Allianz NHL Division 3B Final in the Connacht GAA Centre of Excellence, throw-in 1.30pm.

The big game for Leitrim footballers comes over an action packed October Bank Holiday weekend. Friday sees the Minor footballers, under Brendan Guckian, take on Galway in a knockout clash at the Connacht Centre of Excellence.

Saturday, October 24, is the turn of the hurlers to go into championship action, a trip across to Armagh for the Nicky Rackard Cup in the Athletic Grounds at 4pm. The winner goes round 2A on October 31, where they will face the other round 1 winners while the loser goes in round 2B on November 7.

After that, the 2A and 2B winners will face off in semi-finals on November 14, with the final taking place on the weekend of November 21/22 .

But the big one comes on Sunday October 25, when Tipperary come to Avantcard Pairc Sean Mac Diarmada for the final Allianz NFL Division 3 clash of the year, 2pm throw-in.

Even though both teams have two games to play, the fact that both are currently on three points means this is being billed as a winner takes all game, although Longford, badly hampered by the Covid outbreak affecting their club championship, could be dragged back into the relegation mire.

Once that is over, the footballers have just a week before they face James Horan's Mayo on Sunday, November 1, at 1.15pm in the Connacht Senior Championship. The match will take place in Avantcard Pairc Sean Mac Diarmada despite speculation that it would be moved to Castlebar.

The winner plays the following Sunday, November 8, against Roscommon in Dr Hyde Park.

Leitrim Ladies will only be getting going at that stage in their championship as they are in a three strong group in the TG4 Intermediate Championship, with only the winner advancing to the semi-finals.

Hugh Donnelly's team will take on Meath at home on the weekend of November 7/8, with a journey the following weekend to take on Down. Meath and Down will play at a Meath venue over the October Bank Holiday weekend.

It promises to be a hectic few weeks for the county's teams.