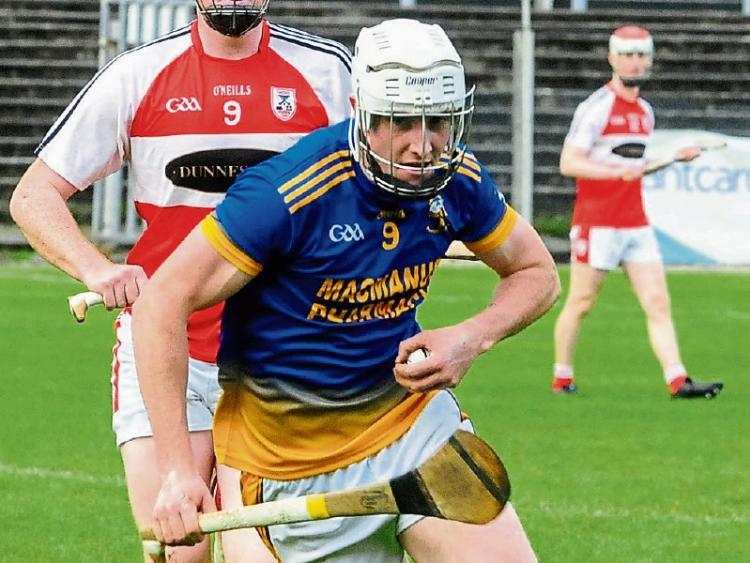 Karl McDermott, pictured in action in last year's Final, will be a key player for Cluainin next Saturday Picture: Willie Donnellan

There might be just two clubs in the competition but that does not lessen the importance nor the intensity that comes with the Leitrim Senior Hurling Championship Final according to Cluainin Iomaint manager Mark Boyle as his side look to dethrone the champions.

Mark’s Manorhamilton side take on reigning champions Carrick-on-Shannon next Saturday, October 3, in Avantcard Pairc Sean Mac Diarmada at 3.30 pm with these two fierce rivals going head to head once more for the Stephen Dorrigan Cup.

And even though it is just the two of them, it doesn’t lessen the importance of the big day for Leitrim’s tight knit hurling community: “It is our showpiece day for hurling, it is all we have,” Mark told the Observer in the build up to the final.

“We have two clubs and I know it is one game, it doesn’t take away from the fact that it is a County Final and County Finals are there to be won.”

There to be won - nothing simpler than that and Manorhamilton feel that they are due to get their hands on the Cup once more: “We haven’t won one since 2016 and we have a lot of guys now on the panel who have been there or thereabouts the last few years and it would be great to get that County medal.

“They come up through from underage and it obviously helped in the Lory Meagher win as well. Obviously last year was a really tight encounter, a great spectacle that went to extra time.”

Managing any team is difficult, managing a hurling team in Leitrim is especially so with football having first call on players most of the time but in the year of the Lockdown, trying to field a hurling team must have felt almost impossible at some stages.

“I know this year has been very stop start, very erratic,” said Mark when asked about how Cluainin have coped with the Covid-19 restrictions, “We started very late, no more than the footballers.

“The Longford Leitrim League has a lot of games cancelled, we were due to play Longford Slashers a few weeks ago so that didn’t help our progress but the lads have been putting it in on the training field under our coach Niall Kennedy who has done great work with us this year. We’ll be prepared as well as we can be and we’re looking forward to it.”

“Now we did get a few matches, it was very stop start, very hard to get guys out, get numbers together and get matches organised and then you have the whole Covid thing looming over you as well.

“But we’re no different to any other club, Carrick is in the same situation as well so we’re just going to go hell for leather on Saturday and hopefully we will come out the right side.”

As for a verdict, Mark and Cluainin go into the final with quiet confidence: “I’d be quietly confident because Carrick wouldn’t have had an ideal preparation no more than ourselves, nobody really knows.

“It is hard to give a barometer of where we are but I will say that on our day, we are capable of beating them. Hopefully the intensity will look after itself.”