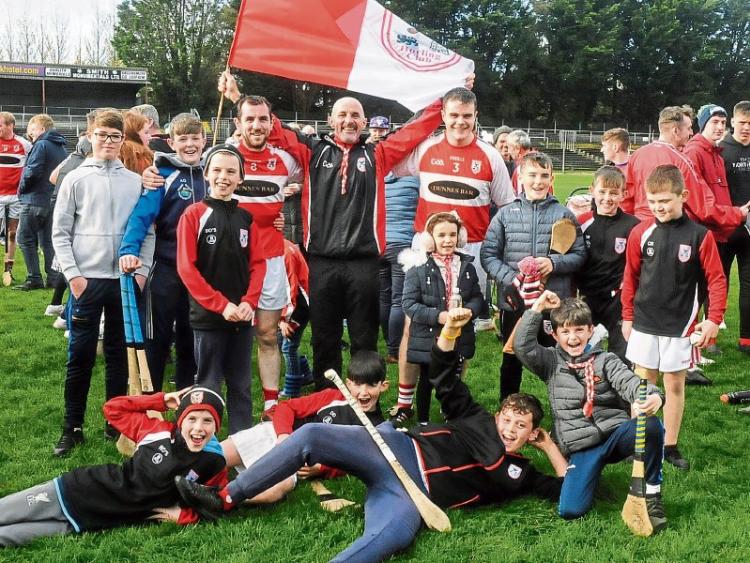 Championship Finals are exciting, nervous and stressful occasions for those lucky enough to patrol the sidelines but when you add in Covid, a much shorter season and the fact that it is your first final as manager, you can see why Hilary Phelan is looking forward to Saturday’s Senior Hurling Final.

“Absolutely looking forward to it, a bit nervous, my first Senior Final looking after a team because up to this, it was all underage stuff,” the Carrick manager told the Observer before jokingly adding, “Underage is slightly different, now they’re bigger children!”

But a lifetime involvement in Carrick and Leitrim means he is no stranger to County Final day: “That’s true, I’ve been involved for so many years at this stage, too many to count but again, it is a different person in the spot.”

As he sees it, his job is to get the players ready and it is up to them to perform: “We on the sideline can only do so much and you are trusting the lads once they cross the white line that they are going to finish the job and do themselves justice.”

Over the last few years, the age profile of Carrick has shifted dramatically with a lot of good young players coming in but Hilary admits that he wouldn’t mind having some of those experienced stars available to face Manorhamilton.

“Players come and go and unfortunately their time comes to an end, they find it in their bones after a while when their playing career has come to an end. But we’ve got in on our panel 11 players we’ve looked after at underage level and brought onto the senior panel.

“We’d love to still have some of those players who have stepped away recently, you’d still love one or two of them there even if just for the final five or ten minutes of a game but it isn’t to be. We have to go with these lads who have done themselves proud over the years playing with the club, playing in Celtic Challenges and playing in everything else.”

The usual complications for hurling of players involved with football teams until the latter stages of the championship has been complicated by Covid: “To be fair, we have a huge number of dual players as you know and we couldn’t be demanding them from both sides, it would never work.

“It is only when lads start getting knocked out of the championship, whether they were in the intermediate or senior, that we started having players available to us again. And in the midst of it, we have Covid going on. All these games, be it football or hurling, have to be run off in a tight window but it is a unique circumstance but we will make the best of it.”

The hurling community’s devotion to the game is also seen by the club’s decision to actually release players to County training while they are still building up to the County Final. But, as Hilary says, it seems a simple decision: “For the greater good of Leitrim hurling, we’re hoping that it worked out and when those lads go and play Sligo on October 17, that it works out in their favour, that they have a couple of extra weeks with the county to train.”

Looking at Saturday’s opponents, Hilary expects nothing less than a battle: “Every year, the same thing happens. On paper, you could look at a team whether it is Manor or Carrick and say one team is going to be on top. But in practice, it ain’t going to happen that way.

“In fairness to Manor, they have a really dogged team, they do not know when to give up, they will not go away and just lie down and you’d expect Carrick to be the same, that they will not lie down.

“It is a one off game, it is hugely important to the players of both teams that they perform well on the day. At the end of it, we hope that it is a good competitive game like last year’s game that went to extra-time.”

The dreaded question of how confident he is ahead of the big game is answered with a fair bit of style: “Confident? Hopeful is probably the word, hopeful that they will perform to their best, that their heads are right, that their attitude is correct, that they give their absolute best. You’ll always be hopeful.

“I’d always be reasonably confident but Manor are Manor and they just do not give up, they do not lie down and we will have to give it our best shot to try and beat these lads.”