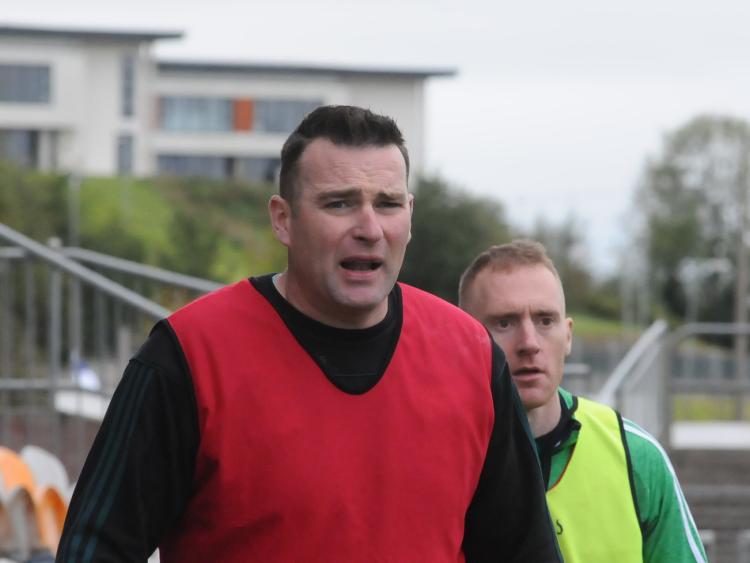 Championships aren’t won on by one particular incident but games can be and Mohill manager Liam Keenan was quick to acknowledge the impact, literally and psychologically, that captain Mohill Danny Beck had on the outcome of the 2020 Connacht Gold Senior Final.

Trailing by a point to St Mary’s at the halftime break, Mohill looked in trouble but a huge hit on St Mary’s midfielder Paul Keaney by Mohill captain Danny Beck seemed to inspire his teammates to a match winning run of seven unanswered points in the third quarter.

And true to nature, manager Liam Keenan didn’t downplay the impact of Beck’s intervention: “Danny is never a man for a lot of words, a lot of talk. Danny leads by actions and that’s what your captain does, he is a fantastic leader. He went out and he put in a mighty hit and our lads sort of opened up their shoulders and started playing football then and really went for the game after that - that’s leadership for you.”

Mohill’s manager agreed that his team needed something to get going as he felt the new champions weren’t moving well in the first half: “I’m absolutely over the moon, over the moon. Came here today to get the win, nip and tuck here for the first half, there was nothing in it at halftime, we were a point down.

“That was the talk at halftime, lads started to open up and ‘lets go for this, lets go for this’. There were a few things we needed to tidy up, we felt we could be doing better around the breaking ball in midfield and that gives us a great platform to drive on.

“Our defensive unit was a lot tighter, they were very good and we were able to get the ball to our key men who are able to kick the ball over the bar. That’s what we did in the second half, particularly in the third quarter - that is extremely satisfying.

“That gave us the platform and credit to St Mary’s, they came back at us hard and I think they got a few points themselves but then Ronan Kennedy got a fantastic score. That seemed to settle us and I think our lads seemed to see the finish line and they went for it.

“St Mary’s really pushed us and I expect nothing different with the sort of system they play when they get a man back behind the ball and then break at pace. It is always very hard to break down but that third quarter we pushed on.”

After what has been described as one of the best club championships in living memory, Liam was delighted his team was able to come through the Covid hit year: “It has been a fantastic championship. Particularly when we set out our stall so early in the year and had a good body of work done, your kind of scratching your head and wondering was that all wasted.

“But in fairness, our strength & conditioning coach Enda Gillen kept in touch with the lads a couple of times a week and gave them programmes. Yes it fell off like it did in every club but then they got it going again as soon as we knew were back in and that’s where they pushed on.

“Training has been fantastic, every night has been a joy, working with 32, 33, 34 players some nights and every player pushed on. If you talk to any club manager, having all of your players, all of the time makes a huge difference.”

Indeed, Liam would like to see a split season become the norm: “The success of this year certainly means we need to have a look at having two separate seasons and not to be looking at pulling from the same players all the time.

“But I have to say in Mohill, the lads would always show themselves at training, always make themselves available. If they were doing gym work, they would always pop down and that’s a great thing to have. Younger players see that and they thrive on it.”

The only disappointing note for Liam from the victory is the absence of a provincial club campaign: “Having no Connacht Championship is disappointing, there is a team there that is capable of going toe to toe with any team and you would have loved that opportunity.

“But we knew coming into this game that it wasn’t an option so while you would love a crack at it, it is not as disappointing.”