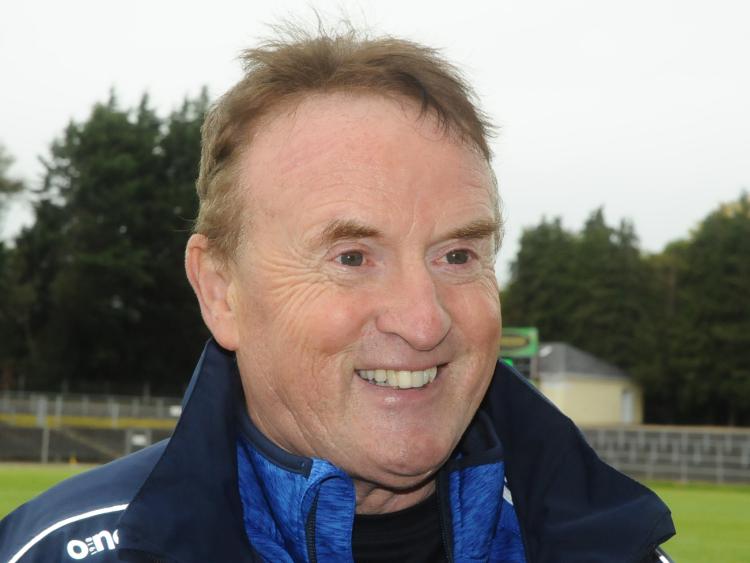 They wondered what  might have been had they taken some of their chances but  the feeling in the St Mary’s camp was that the experience of the new champions too big a hurdle to overcome.

“We had two goal chances in the first half and neither of them came off for us. Maybe if we had tapped those over the bar, it would have put a bit of daylight between us but they were very clinical in their finishing and they have special players in their ranks.

“We needed to be at the top of our game today and we needed a little bit of a dip from them but unfortunately we didn’t get any dip from Mohill.”

The former Longford manager also paid special tribute to Man of the Match Keith Beirne: “In particular they have one big special player in Keith Beirne and he played today, he played very well and despite our best efforts to contain, and we did our best to contain him, but he is very hard held as we know from every game in the championship so far this year.”

In fairness to the St Mary’s camp, nobody went out of their way to criticise the decision not to penalise Danny Beck for a shuddering, game altering challenge on Paul Keaney immediately after the halftime break and Denis only talked about it when the Observer specifically brought it up.

Looking back on the season as a whole, Denis felt there is no reason why St Mary’s could not go on to claim the ultimate prize in the future: “They are really good lads, they worked very hard and work was never an issue with them from the word go.

“We started really slowly in the championship, partially down to myself too, I didn’t know my best players, there was no point saying I did and I most certainly did not know the opposition. But once we got up and going, the Aughawillan match was a big turning point in our year.

“There is no reason why these boys can’t push on, their age profile would suggest they are going to be around County Finals for quite some time yet. If they are able to stay together, they’re young and they’re at that age for college, that age for different things, J1s and what have you.

“But if they are in this country, there is a very good team there at this moment, there is no reason why anyone should stop playing and give it a good hunt next year.”

That immediately led to the question asking Denis if he would be back to lead the Carrick men next year! “It is not a day for making any decisions. My life isn’t you know … how many more of these fights have I left in me?

“I’ve been around it so much and so long and some times you say to yourself, it would be nice to get a break from it, you’re on the road an awful lot, you’re away a lot too. I love the involvement but a lot of the times, I just don’t love the commitment that goes along with it.”