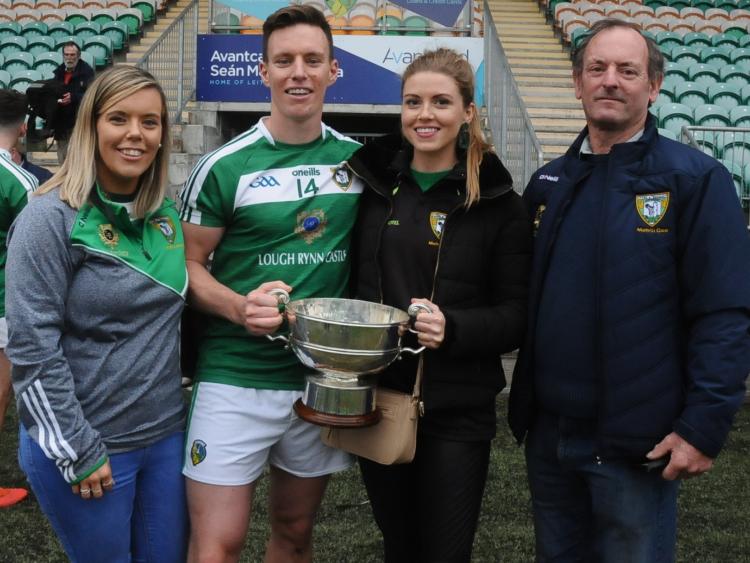 Comparing victories from different eras must be like deciding whether apples or oranges are best. But when it comes to rating the four Connacht Gold SFC triumphs he has been involved in, Ronan Kennedy has no hesitation in putting Sunday’s win right up with the best.

“Just after taking a picture with myself, Danny and Ronan Gallagher, my brother Kieran is around the place somewhere, we're the only ones left from 2006 but this is as sweet as any,” Ronan told the Observer as Avantcard Pairc Sean Mac Diarmada was finally quietening down after Mohill’s celebrations.

“But the group of lads who are after coming through the last five, six years are making it a lot easier for me to continue. They are a serious group of lads and I have a smile on my face just as much as back when I was 18, I am so proud of them. This one is a very sweet one.”

Even the circumstances of this year’s competition added to the entire drama and quality of the championship:  “Somebody said last week that everybody is on a level playing field this year: everyone had all their players, everyone was starting from the same position - lets see who the best team is.

“I know we lost to Ballinamore the first day but I think we’ve got better and better as the championship has gone on and the way we’ve played all through, we think we deserve it.”

Mohill’s victory was not without its struggles but Ronan expected nothing less: “We beat Carrick before, we were raging hot favourites here today but  I remember speaking to Fergal Reynolds after the group game and saying ‘you’re better than that’ and he said ‘I know we are’.

“None of us were surprised to see them come back the way they did, there is definitely a championship in that team and we’re trying to delay it as long as we could. They came at us hard at the start, there was no space inside for us as forwards.

“Myself and Keith were well rattled for a long time but it just opened up a little bit and we got a run the first ten minutes of the second half, five or six scores and we just held out then.”

Despite not firing on all cylinders in the first half, Ronan revealed there was no sense of panic in the Mohill camp: “No, we came in at halftime, it was six-five, there was no panting, there was nobody out of breath, we really hadn’t got out of second or third gear.

“It was kind of a slow game, it was probably slow and methodical to watch from a supporters point of view, a slow defensive game but we said we had to crack it up, there were a few words spoken. Keith Beirne and a few lads, emotional words and that gave us the bit of energy we needed.”

Energy was delivered in the opening seconds of the second half by Danny Beck’s huge hit on Paul Keaney and Ronan expressed his admiration for his long time team-mate: “Paul is a big player for them, a young lad coming into his first County Final, that’s the introduction to it, Danny is the man to do that.

“I know he was sitting on a fine line, as he said in speech afterwards, but what a leader, what a man. He has a wife and two kids, he is travelling the country with work and he keeps coming back and back and gets better as the year goes on.

With the success of the club championships, some are calling for the Provincial club competitions to be reinstated. Not Ronan though as he laughing said “Definitely not, definitely not. I just said I washed the gear yesterday from Friday night for today and said ‘that is that for the year now’, I can just go home and relax for the rest of the year and go wherever I want.”

Whatever about relaxing, Ronan still feels Leitrim have a way to go yet to be competitive at provincial level: “Look, Connacht, I don’t think any club is really at the standard we need to be for that.

“You go back training into winter months, lads are back in college and you’re travelling. It is exciting but it can be a burden at times as well especially when you get to this age and it takes it out of you. But we will enjoy this now.”