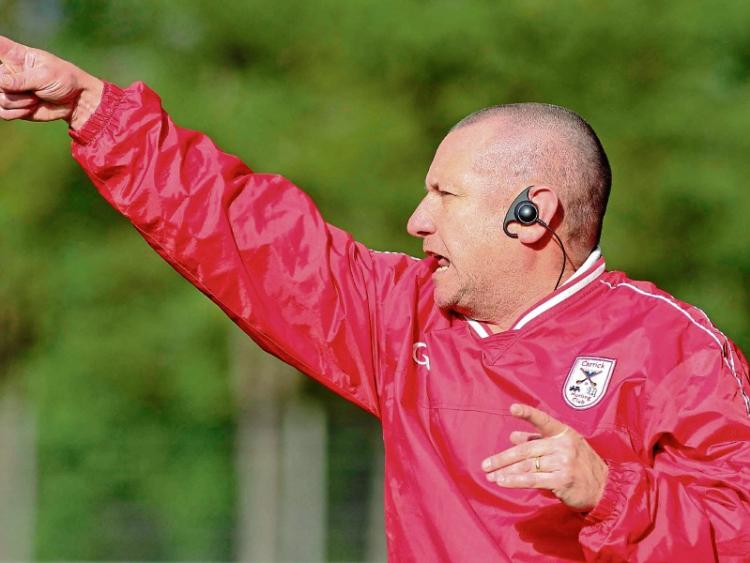 After an exciting and exhilarating win at the death of last Saturday's Leitrim Senior Hurling Final, a happy Carrick supremo Hilary Phelan stated “you want to have a good heart training these lads.

“To get a last gasp goal at the end of normal time when James Glancy stepped up to take a free and bang it into the net to give us a lifeline.”

That lifeline was fully taken as Jamie Ward, who had gone off injured came back on to get the vital touch to Stephen Goldrick's long range free at the end of the second period of extra-time.

It was a dramatic way to win the title but Hilary was glad that a penalty shootout wasn't needed to decide the issue: “Then Jamie Ward came off injured but went back on again to flick the ball to the net at the end of extra time to give us victory. It looked like it was going to go to a ‘65s’ shootout, which I dreaded.

“I didn’t want to see that. Those two teams know each other very well and they will not just lie down – either of them. That’s the way you want to see it. If Manorhamilton (Cluainín) had won it, I wouldn’t begrudge them one bit and they would have fully deserved it if it had gone their way.”

Looking back on the game, Hilary pointed to a lot of Carrick wides from a young team early on: “I thought early on we had a lot of scoring chances and we didn’t take them.

“We had a lot of frees that we put wide. We were shooting from bad positions. These things happen – we have a youngish enough team, lads of 19 and 20; they have been playing a long time. They need to steady themselves up and be a bit more clinical.”

Speaking of his opponents, Cluainín, Hilary remarked “they are a serious team with serious players, and they have a lot of good lads. In fairness it is only healthy for Leitrim hurling to see the standard that was out there in today’s game. The game was dogged at times but there were some great scores taken at times, as well. Michael O’Brien came out and hit over a free from about 70 yards.”