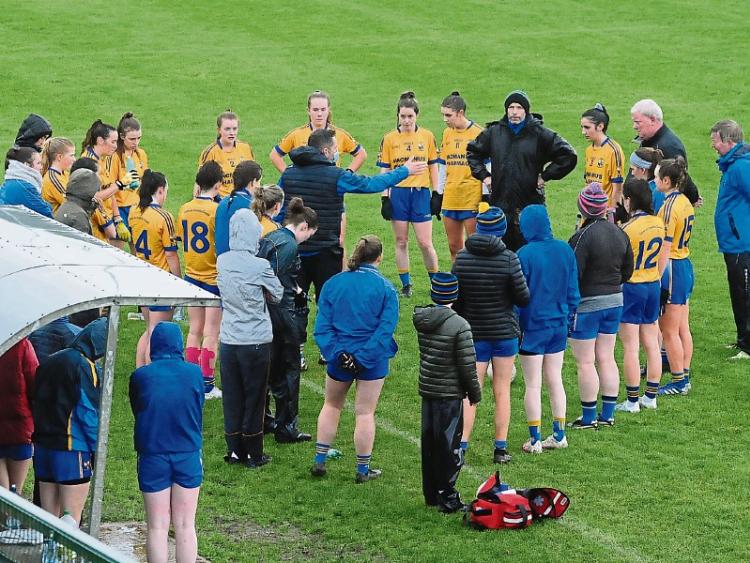 Glencar/Manor supremo, Padhraic Corrigan was happy with his side’s convincing win over Kilmovee in Sunday’s Connacht semi-final in Drumshanbo.

“It was an absolutely outstanding performance by Glencar/Manor,” Padraic told the Observer, “ You would never doubt those girls now. We got the monkey off our back to win the Leitrim senior championship and now stranger things – those girls keep going and going.

“Those girls – they will not let themselves or the town down – they are absolutely amazing.”

“ We tried to stop it, but the most important thing is we played them well and we knew that that’s what they do. We didn’t panic – you saw that out there. We stayed with them (Kilmovee). Our handling today in the conditions was excellent. That’s the standard of footballers that is our team.

“They chased everything down, they turned over the ball several times. They were just fantastic.”

“Our style didn’t change whether kicking it long or going short; we don’t know which way is our best style, but we can do it either way when we have to.

“ It is great to be in a Connacht final against Geevagh. It will be a Sligo versus Leitrim battle and we will give it our all. We played Geevagh a few times, not this year. They know us and we know them,” said Padraic