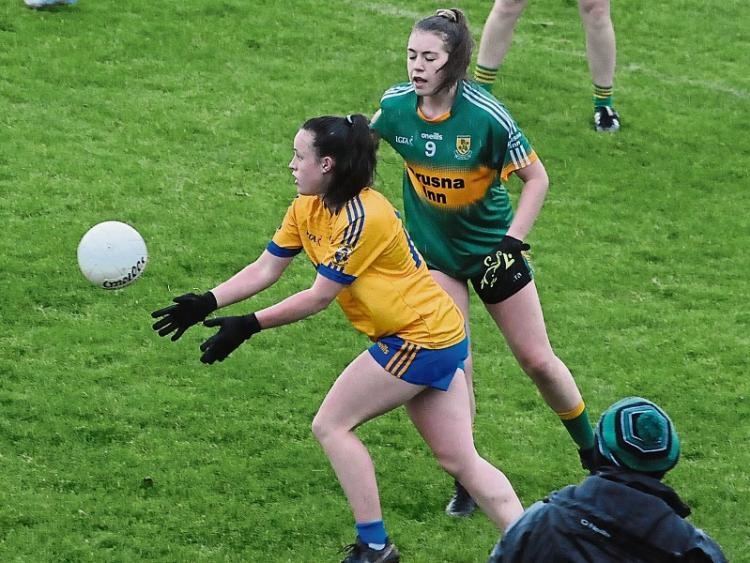 Dearbhla Rooney was definitely the engine of the Glencar/ Manorhamilton team in Sunday’s successful showdown with Kilmovee in Drumshanbo.

Commenting afterwards Dearbhla remarked “It was a tough game and conditions were tough. We fought hard for every ball and we were so hungry and we also we knew we had the potential to get to the Connacht final, so we are finally there, and we want to go all the way.”

Reacting to Kilmovee’s goal after 20 seconds Dearbhla explained “in our analysis their play (Kilmovee’s) from beforehand, we knew they were strong from the kickout. Their early goal was a bit of a shock.

“But we got up well for it and in the second half and we defended well and managed to turn the ball over. So, the main thing was to stop their defence and to stop that quick goal at the beginning of the second half.

“The whole (Glencar/ Manor) team is so hungry – we want to win every breaking ball, every kickout, every score. We are going all the way to the final and we want to win it this year. That’s the place we wanted to be all along.

“We finally got through Leitrim. We finally won that. That was a huge milestone for us. We want to win the Connacht and fingers crossed we will do the job. We have our fitness up. We have our skill up. Let’s go out and do the job now.”